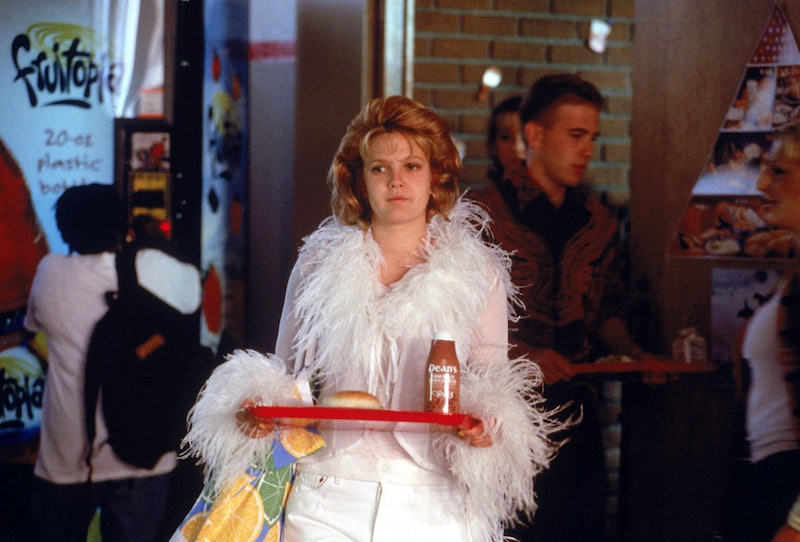 There were plenty of reasons you wished you were an adult in the '90s. Being a kid was great, sure: you had your Polly Pockets, Legos and POGs as far as the eye could see. You were an irresponsible Tamagotchi owner, but that was fine — no one was blaming you, at ten years old, for forgetting to feed a fake pet. The best shows on TV — Saved By The Bell, Full House and Teenage Mutant Ninja Turtles — were all written with you in mind. And yet, there was sometimes a hankering you had for something else, and you felt it every time Belle would sing "There must be more than this provincial life"...

You wanted adventure in the great wide open. You wanted it more than you can tell. No, seriously, though, Beauty and the Beast jokes aside, sometimes what you really wanted in the '90s was to be a grown up. Like Tom Hanks in BIG. There were things every '90s kid wanted to be when they grew up, and sometimes you found yourself begging for adulthood to hurry up and come along so you could enjoy the pleasures of being 18 and over in the greatest era ever. But alas, no matter how much you willed it, you were just a kid. Here's why you wished you were an adult in the '90s.

1. So Your Mom Didn't Have To Drop You Off At The Mall

Name one thing more embarrassing than your mom dropping you off at the mall and kissing you in front of all your friends. I'll wait.

2. So You Could Understand All The Jokes Your Parents Laughed At In TV And Movies That You Didn't Understand

Watching Disney movies, Friends, The Simpsons, or any other show or movie with cross-generational appeal, your parents would laugh at times when nothing was funny. You just wanted to know what the joke was!

3. So You Could Actually Have A Chance With Leonardo DiCaprio

Because obviously you being a little kid was what was really keeping the two of you apart.

4. So You Could Have Your Own Damn Phone Line

You dreamed of the day you'd be able to pay for your own phone line, so you didn't need to share it with your parents, siblings, or the dial up internet. Seriously, your parents knowing exactly who you were talking to and when was really harshing your game.

5. So You Could Get A Job At A Record Store

Because Empire Records convinced you that nothing on this earth could be cooler. Even though it was fraught with betrayal and emotion, you still wanted to be part of a world that revolved around awesome music and benefit shows on the roof.

6. So You Could Go To A Smashing Pumpkins Concert Without A Chaperone

Just like getting dropped off at the mall by your mom was embarrassing, so was having to have your parents chaperone you to the cool concerts you wanted to attend. Half the time you didn't even go because of the cringe factor.

7. So You Could Finally Use The Fake Story You'd Already Concocted For Your High School Reunion

You dreamed of being an adult so you could go to your (imaginary) high school reunion, and flaunt the amazing story you came up with about how you invented something completely fantastical, like internet you didn't have to dial into.

8. So You Could Buy CDs With Parental Advisory Stickers For Yourself

A blight on the life of every '90s child, there was no getting around those parental advisory stickers if you had strict parents. If you were an adult, you'd buy them all, every last one!

9. So You Could Watch The Rollercoaster Scene In Fear Without Your Parents Fast Forwarding Through It

You might not have ever understood what was going on in that scene, but what you did understand was that you deserved to know.

You laugh now, but in the '90s, pagers were cool. You envied your parents for theirs, and wished you could hurry up and grow up so you could get one too.

11. So You Could Drive A DeLorean

I feel like kids today must still have this one, right? When you were a kid you promised yourself and the world that when you were an adult you were going to purchase and drive a DeLorean, because what else would you do as an adult?

12. So You Could Go To Europe And Have Existential Conversations With Strangers

And one of those strangers would miraculously be either Julie Deply or Ethan Hawke. You didn't really understand what the deep philosophical discussion was all about, but felt like as an adult, you'd be able to really get it.