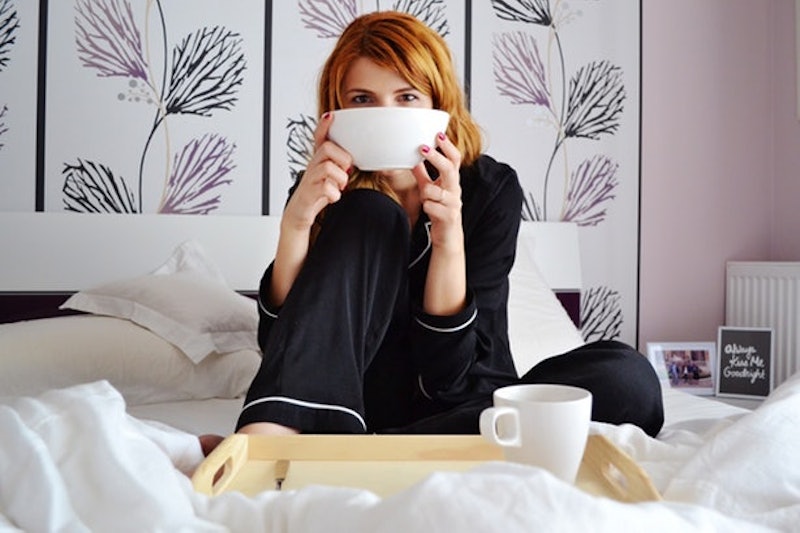 Having a roommate can be fun, but can also have its not-so-fun moments. And when money is involved — like who pays for what — things can get complicated, and fast. Because, like it or not, even if you think you and your roommates will have no conflicts, especially finance-related ones, think again. Because even splitting costs with a roommate over things like toilet paper and garbage bags can be an issue.

"Have an honest conversation about what is shared and what is going to be a personal item," Erin Lowry, author of Broke Millennial: Stop Scraping By and Get Your Financial Life Together, tells Bustle. "Are you grocery shopping and cooking together, or is everything in the fridge, down to the condiments and butter, each person's individual property? It's usually easier to split the cost of shared items, like toilet paper and paper towels. However, if your friend has a chronic guest over, such as a boyfriend who visits five nights a week, then maybe it's time for the semi-live-in person to start chipping in, too, or at least cooking dinner once a week for the house."

I don't know about you, but I wish I'd done the latter with some of my old roommates' significant others. But how should bigger-ticket expenses be managed? "Decide who is in charge of paying which bills and how to reimburse each other," says Lowry. "Venmo, Chase QuickPay, and PayPal make it incredibly easy to pay each other. Plus, it might be easier to have all the bills in one person's name and then just reimburse the other person instead of having a variable cost (like electric) in one roommate's name and a set cost (like Internet) in another's."

So how do real-life roommates match up when asked how they split the toilet paper and other costs? Here's what millennial women had to say.