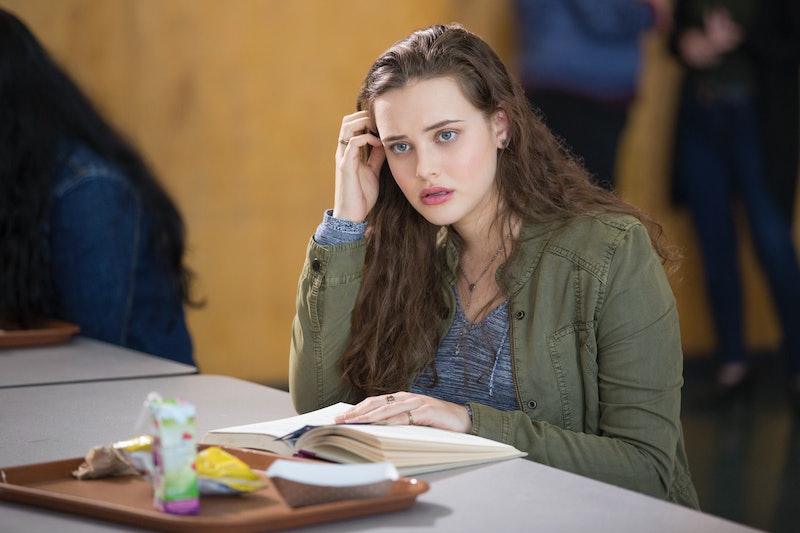 While fans of Netflix's newest original programming sensation were likely thrilled to hear that 13 Reasons Why had been renewed for Season 2, they were just as likely to be confused as to how a second batch of episodes of this particular show was even possible. "One question I got a lot is, 'Well, how can there be a Season 2 when the story is over?'" said creator Brian Yorkey (the Pulitzer Prize-winning playwright behind Next To Normal) at a Netflix Q&A event last Friday. Fortunately for fans, Yorkey answered also answered his own question, revealing some of the ways 13 Reasons Why Season 2 will expand on Hannah Baker's story.

It's not just that 13 Reasons Why is based on source material with a definitive ending — in this case, a 2007 YA book by author Jay Asher. In fact, other adaptations have outlived their inspiration to great effect: Game Of Thrones is hurtling headlong past George R.R. Martin's novels, while The Leftovers reached new heights of excellence when it left the events of Tom Perrotta's novel behind, to use two recent examples.

But there's something about 13 Reasons Why specifically that seems hard to extend beyond Asher's novel. That work — and Season 1 of the show — were so much about Hannah Baker's story… and now that all 13 of her tapes have been played and the reasons behind her suicide revealed, what else is there for the show to explore? A lot, according to Yorkey.

It's already been revealed that, instead of Hannah's cassette tapes, Season 2 will feature another piece of retro analog technology. But just because Hannah is done telling her story doesn't mean her story is over… In fact, other characters may want their own chance to tell her story for themselves.

"Hannah told her version of the events, but there are at least 12 kids that have another version of those events that we haven't really heard from yet," Yorkey said at the panel. The showrunner teases that seemingly small inconsistencies in Hannah's account — including whether Jessica stopped showing up to Monet's first (as Hannah claims), or whether Hannah stopped first (as Jessica claims) — will become paramount to the plot and themes of Season 2.

"I don't think Hannah told any untruths on her tapes. I think she told her story and she claimed her narrative which had really been taken from her, so she reclaimed her narrative and said, 'This is the story of my life,'" the show's creator insisted. "But there are other people who might want to tell that story differently or other players in that story might have a different perspective on some of those events. A lot of the events that we think we know, we may learn are more complicated than we thought, and Hannah is even more complicated than we saw in Season 1."

If Yorkey's plan for Season 2 sounds familiar, that's probably because the idea of analyzing different people's perspectives and memories of the same events sounds like a trick pulled straight from the playbook of Showtime's The Affair. That premium cable series, which launched in 2014, formed its central conceit around the idea of the unreliable narrator and the fact that no two people have the exact same recollection of any single interaction. When scenes are played back from multiple characters' perspectives — with differences both minor and major in the retellings — it's up to the viewers to decide which version of events is the "correct" one… if any one version could really be qualified as such.

From Yorkey's comments, it sounds like 13 Reasons Why Season 2 will be attempting something similar in its examination of Hannah's story and other characters' recollections of the same moments. This is an exciting proposition; while Hannah Baker was a fascinating character who successfully bucked TV's tired "dead girl" trope, she's still a fallible character who had her own agenda for listing the ways people contributed towards her decision to end her own life.

Hopefully, Season 2 of the show is careful not to undermine Hannah's story while trying to shed light on the stories of the rest of its cast. Just because someone else might have a different take on a conversation or an encounter doesn't change the fact that what Hannah told the audience was her truth. The point of providing multiple perspectives shouldn't be to show that there's no such thing as truth; it should be to show that there is such a thing as multiple truths.