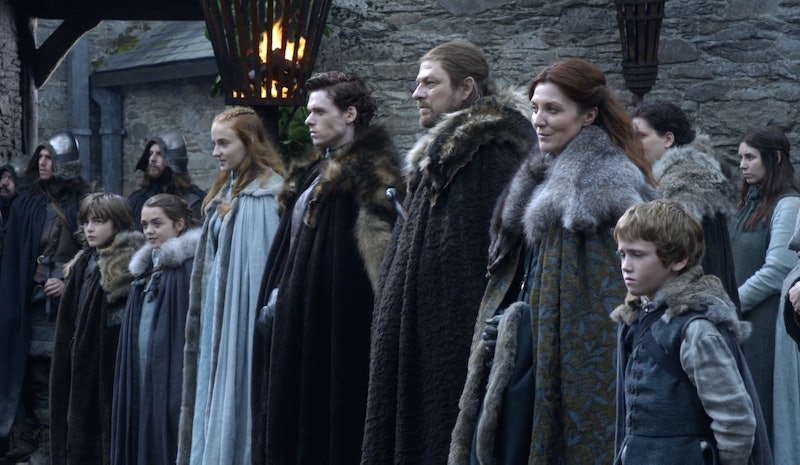 The year 2011 was a simpler time. Barack Obama was president, Prince William and Kate Middleton got married, and the Game of Thrones pilot premiered on HBO. A lot has changed over the six years since the episode "Winter Is Coming" aired on April 17, 2011 — in both the real world and in the one created by writer George R. R. Martin. While normally a new season of Game of Thrones would be premiering right about now, Season 7 isn't coming back until July 16. With that extra waiting time and the state of world affairs as it is currently, it feels only right to look back on the Game of Thrones pilot and see what has changed since HBO's show first appeared and changed the landscape of TV forever.

Although there was an original pilot of Game of Thrones that has never seen the light of day, I'm focusing on the first aired episode of the beloved series — appropriately titled "Winter Is Coming." Winter is pretty much going to be in Westeros for the Season 7 premiere, but the characters in the first episode were experiencing a nice long summer. That's not to say everything was joyful in the pilot of Game of Thrones since it was full of ominous foreshadowing, but life — at least for the Starks — was a helluva lot simpler.

Whether the current world has got you down or you just need something to occupy your time while you wait for Game of Thrones Season 7, here's how things have changed on the show since the first episode.