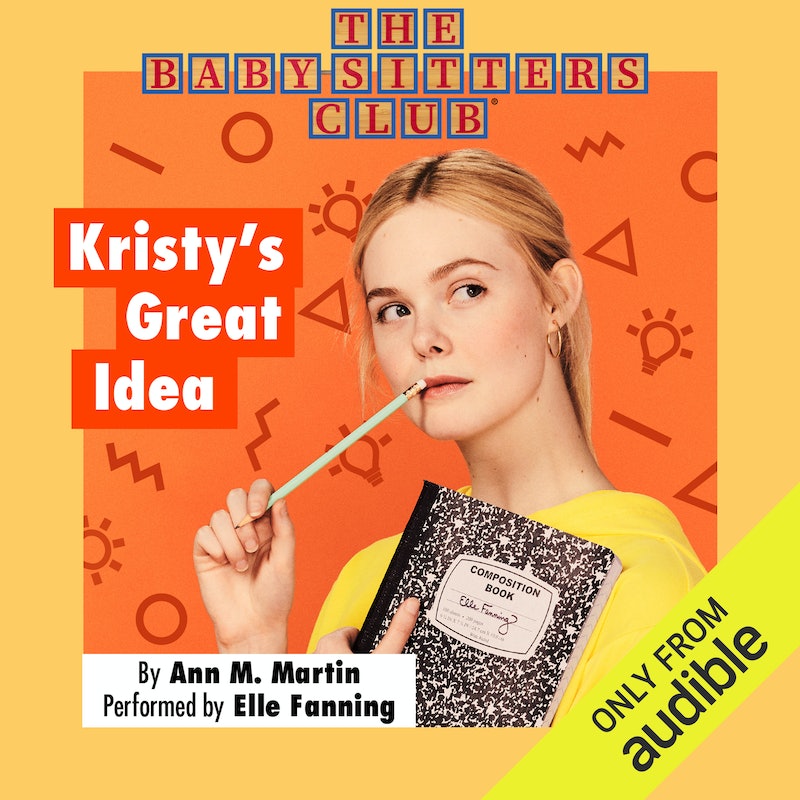 If you grew up with Kristy, Claudia, Mary Anne, Stacey, and Dawn, I have some amazing news for you. As of Tuesday, all 131 Baby-Sitters Club audiobooks are available on Audible, and you can listen to an excerpt from the first novel, Kristy's Great Idea, right here on Bustle.

Beginning in 1986, the Baby-Sitters Club (BSC) helped to define three generations' childhoods, and counting. Originally written by Ann M. Martin, the series later expanded through the use of ghostwriters. The young-adult series spawned a number of spin-offs, including a series of mystery novels, a short-lived TV show, a 1995 film, and the chapter-book Baby-Sitters Little Sister series for younger readers. The final BSC book, The Summer Before, a prequel to Kristy's Great Idea, was published in 2010.

If all this Baby-Sitters Club talk has you excited, get ready, because you don't have to wait to get your hands on some of this Eighties and Nineties nostalgia. Audible just released the 131 main-series Baby-Sitters Club titles as audiobooks, and you can start listening right now! Elle Fanning narrates the first five BSC titles — Kristy's Great Idea, Claudia and the Phantom Phone Calls, The Truth About Stacey, Mary Anne Saves the Day, and Dawn and the Impossible Three — in her audiobook debut, with subsequent novels read by Brittany Pressley, Ali Ahn, Erin Moon, Stephanie Einstein, and Emily Bauer, among others.

The Baby-Sitters Club audiobooks on Audible are available for $9.93 each, or for free with your monthly Audible credits. Each title is around three hours long, on average, which means these audiobooks are perfect, digestible bites of youthful delight. Whether you're listening to them on your next road trip, while you're cleaning your apartment, or you just want to be able to finish an audiobook in a day, you can't go wrong with Ann M. Martin's classic YA series.

Audiobooks aren't the only new BSC media worth getting excited over. Netflix recently announced its intention to revive the Baby-Sitters Club TV show, with Alicia Silverstone and Mark Feuerstein set to star as Elizabeth Thomas-Brewer and Watson Brewer, the parents of BSC President Kristy Thomas, Baby-Sitters Little Sister star Karen Brewer, and Karen's younger brother, Andrew. No release date for Netflix's Baby-Sitters Club series adaptation has been announced, at the time of this writing.

Listen to Elle Fanning's performance of Kristy's Great Idea above, and pick up your favorite Baby-Sitters Club audiobooks today, only on Audible.