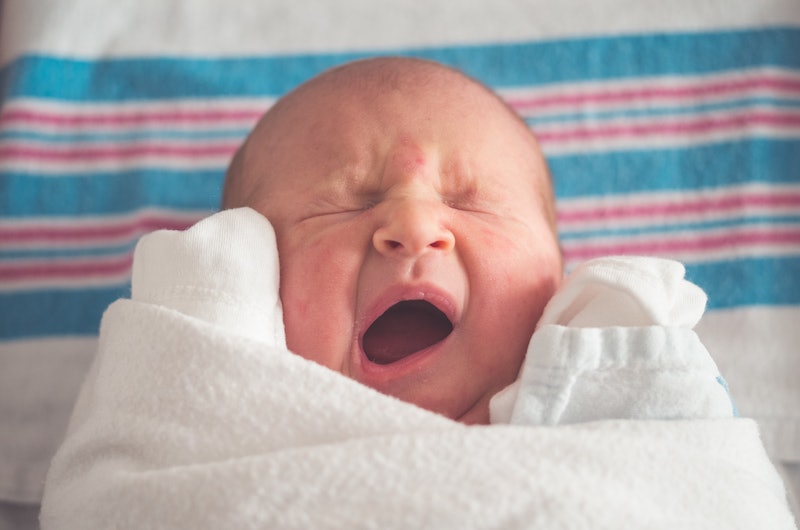 What's in a name? Apparently, sometimes the answer is "a heaping pile of parental disappointment." Although new parents may be confident in their name choice when a baby is born, research has found that nearly one in five parents regret their kid's name later — but not for the reason most people would assume.

Last year, the parenting website Mumsnet published an online survey of more than 1,300 parents. According to the poll's results, 18 percent of respondents said they regretted the first or middle names they picked for their children. It appears the feeling set in quickly. Nearly one third of these parents reported baby name regret within the first six weeks of their child's life, and about a quarter said it happened by the time the kid started school. One in ten said they always knew the name was the wrong choice, but they went with it anyway.

If you're imagining these parents chose eccentric names that quickly fell out of fashion, you'll want to reexamine your assumptions. According to the survey, the most popular reason for baby name regret was that the name was too common. Maybe it's time to stop teasing celebrities for naming their children after spacecrafts and types of fruit.

Naturally, this is valuable information for anyone expected to pick out a baby name. So next time someone thrusts a newborn into your arms and begs you to name their child, keep in mind the following names parents said they later regretted.