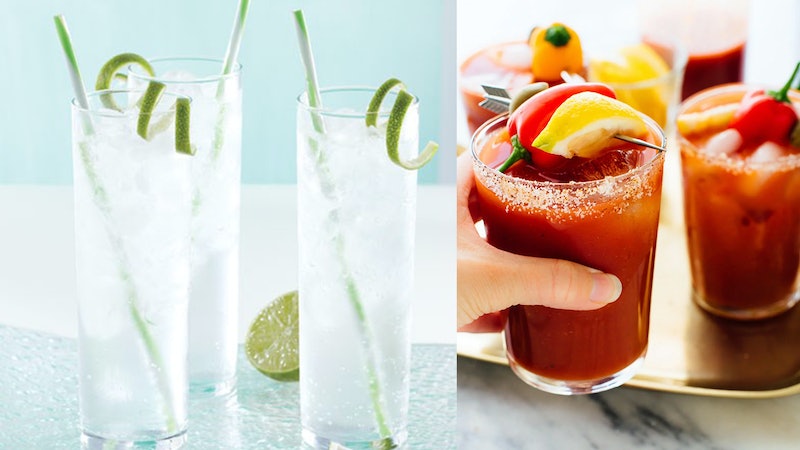 It’s been 50 years since the Kansas City Chiefs have been to the Super Bowl, but any football fan will know that the star of every Super Bowl party is not the commercials, the half-time show, or even the game itself. No, the real MVP is all the football-themed Super Bowl food adorning your snack table the day of the game. What better way to wash down some Super Bowl snacks—or calm your 50 years’ worth of nerves—than with some Kansas City Chiefs-themed drinks for Super Bowl 2020. Who doesn’t love a theme party that is also drink-centric?

As the Chiefs return to the Super Bowl for the first time in half a century, you’ll want to have a food and drink spread with just as much hype. There is no Kansas City food that deserves the hype more than Kansas City barbecue. It’s saucy. It’s sweet. It’s spicy. It’s inherently football watch party fare. Even if you won’t be celebrating in the Midwest, you can still snag some Kansas City Barbecue sauce, like Jones Bar-B-Q featured in Season 3 of Queer Eye, online or at select grocers across the country. Unfortunately, if you’re buying Jones Bar-B-Q sauce online, it likely won’t make it to you in time for the game, but it’ll at least be a nice post-Super Bowl surprise in the mail.

Regardless of where you’ll be cheering on the Kansas City Chiefs this Sunday, Feb. 2, here are 15 Chiefs-themed drinks to celebrate Super Bowl LIV to serve in addition to your non-alcoholic spread.