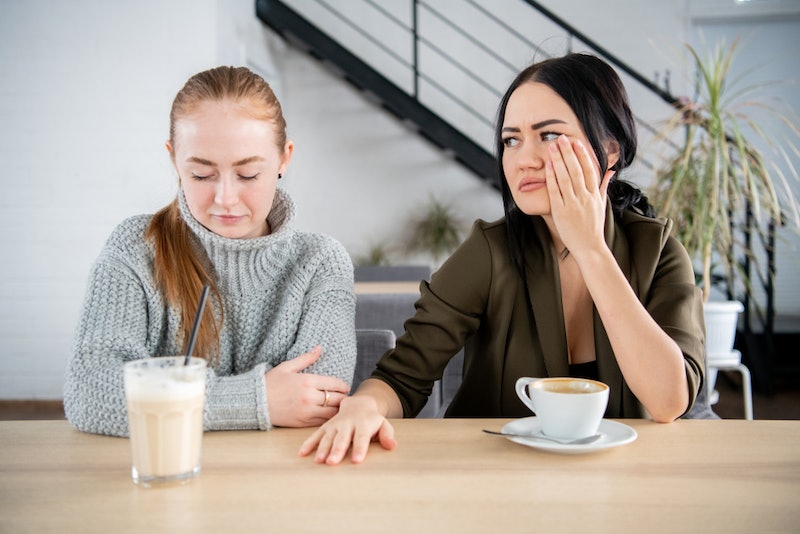 While it's never a good idea to become so self-conscious of what you're saying, or how it might be perceived, that your conversations screech to a halt, it's always a good idea to take other people's feelings into consideration when choosing what you say — and how you say it. And one of the easiest ways is by avoiding comments that are often perceived as rude.

"It is important to be aware of these things because most people don’t want to purposely offend [others]," speech pathologist Kendra T. Allison, MA, CCC-SLP, tells Bustle. Because one little comment can quickly snowball, if you aren't careful. "The [speaker] might offend accidentally and be unaware of it. The receiver may think the commenter tried to be rude. [And] it can cause little rifts in future interactions, such as passive aggressiveness and pettiness." Of course, conversations take two people. So it's on both, Allison says, to try to have a healthy interaction, and give each other the benefit of the doubt. But you can always do your part to help them go as smoothly as possible.

Everyone's different when it comes to what rubs them the wrong way, but there are a definitely a few comments that can easily seem rude, simply because they seem short, disinterested, or uncaring. Read on for a few of the most common examples, according to experts.