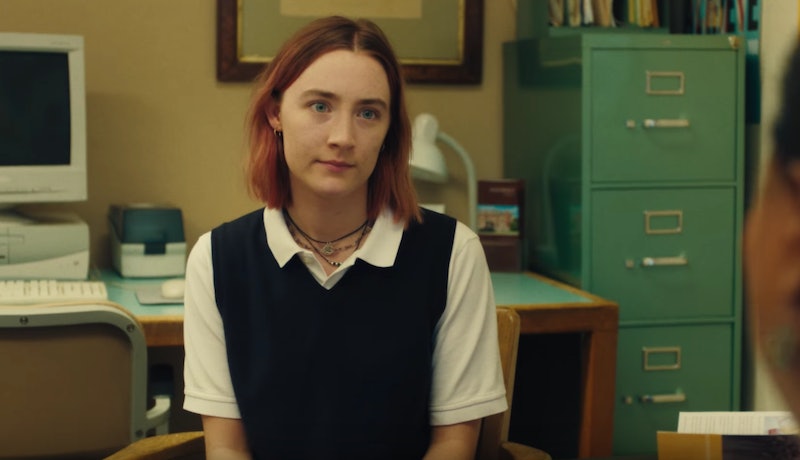 The end of 2017 is near and that can only mean one thing: it's award season in Hollywood. There's still three months to go before the 2018 Academy Awards, but if you want to get a head start, these are the Oscar movies to see before the end of 2017. Movies must be released before the new year to qualify for the 2018 Oscars, which will air in early March, which means that come Jan. 1, all the Oscar contenders will either be in theaters or have been in theaters. So, if you like going to the movies, now would be a good time to start thinking of planning your Oscar movie viewings.

The Gotham Awards kicked off the three month-marathon towards the Oscars on Nov. 27, giving out trophies to Call Me By Your Name, Get Out, and Lady Bird — a glimpse of the award show love these films will no doubt earn in 2018. But, following Hollywood tradition, the coming winter months will be full to the brim with Oscar-buzz releases. It's impossible to cram all Oscar movies into just a few months, so it's important for any movie fan to start planning for the 2018 Academy Awards now. (Not to mention the countless award shows set to take place between now and Oscar night on Mar. 4, 2018.) It's still early in the awards season game, and it's worth noting that in today's current Hollywood climate, every big movie is one scandal away from being completely discarded from the awards.

However, if you're looking to get a jump on the 2018 Oscars, then these are the 23 Oscar-buzz movies you need to see. Of course, with the awards season just beginning, it's unclear how some actors will enter themselves in acting categories — as Lead or Supporting. As such, the categories listed below are a mix of what appears to have been determined or best guesses. As the Oscars approach, contenders in the more technical categories such as Best Cinematography, Editing, Production Design, Original Score, Sound Mixing, etc., will become more clear. For now, those categories are more difficult to pin down. Unless otherwise specified, they will be listed below as "other."

More like this
What’s New On Netflix: A Victoria Justice Rom-Com & The Return Of David Letterman
By Arya Roshanian
You Can Thank 'Spider-Man' For The Meme-ification Of Movies
By Dana Schwartz
Sandra Bullock, Girlboss Extraordinaire
By Matt Harkins & Viviana Olen
'Stranger Things' Star Joe Keery Is Dating An "Indie Scream Queen"
By S. Atkinson and Grace Wehniainen
Get Even More From Bustle — Sign Up For The Newsletter