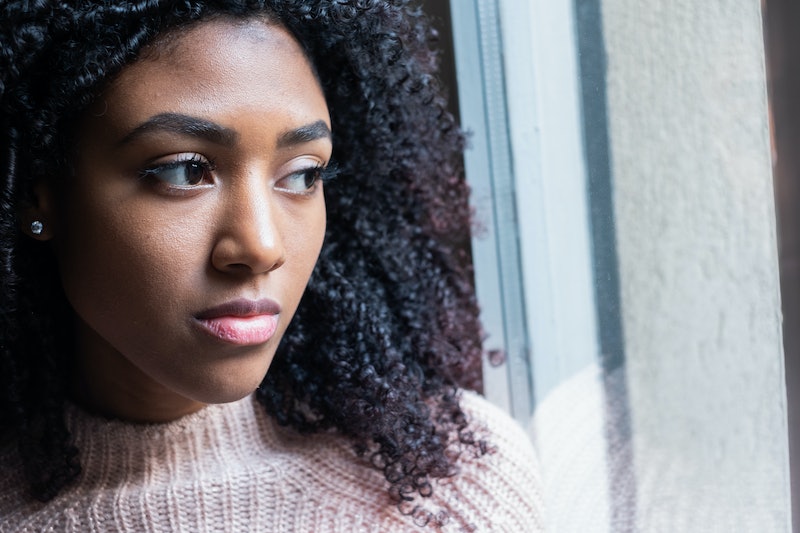 It takes the average person about three months to get over an ex, a 2017 study published in The Journal of Positive Psychology found. But for some folks, no matter how much time has passed, or how many people they've dated since then, they can't help but still be in love with their ex. According to astrologers, your birth chart can explain why.

When an astrologer reads your birth chart to see how you are in love, they might start by looking at the relationships with your Moon, which deals with emotions, or Venus, which deals with love. As astrologer Clarisse Monahan, tells Bustle, if there are tense aspects between Venus or the Moon, and difficult planets like Neptune or Chiron in your chart, you may find yourself in situations where you're stuck hanging on to relationships.

For instance, if you have Chiron (an asteroid known as the "Wounded Healer") in opposition to your Venus, you could find yourself trying to fix relationships that are broken beyond repair. If you're someone whose Neptune impacts your Venus or Moon, you may have an ungrounded view of love and will be more likely to still be in love with a partner who's not right for you.

So who's most likely to still be in love with their ex? Here's what astrology says about the Sun signs.