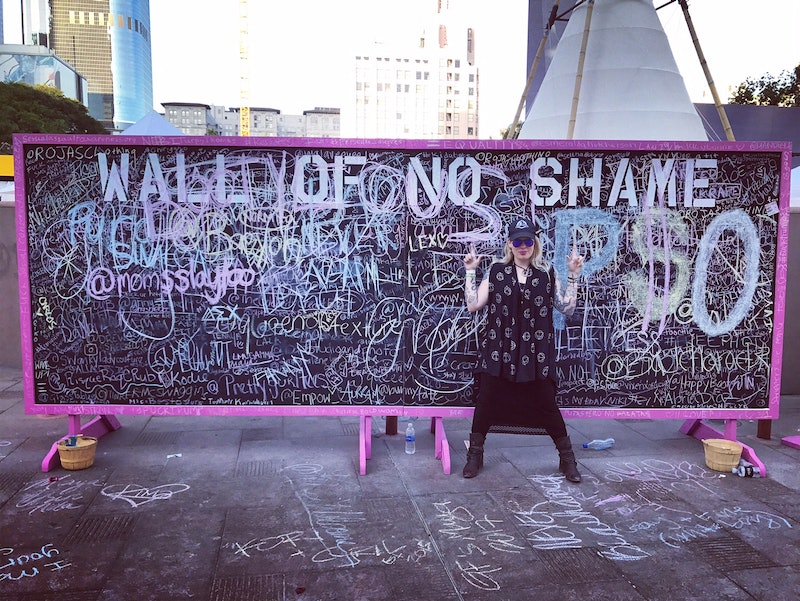 The third annual Amber Rose SlutWalk took over downtown Los Angeles earlier this month, bringing together activists, celebrities, and everyday folks alike to fight sexual stigma, slut shaming and victim blaming. From the colorful signs and outrageous outfits to the powerful speeches and educational booths, the event was both celebratory and serious, balancing the political and the personal through an inclusive day of sex-positive community.

SlutWalks are nothing new, and have been making waves around the world since the movement started with Toronto organizers in 2011. However, now that we have a president who faces sexual assault allegations, talks openly about groping women without their consent, and is a threat to bodily autonomy for women and LGBTQ rights, America is in dire need of a refresher course on consent and sex positivity. In such darkness, the LA SlutWalk was a beacon of light, providing a safer space to freely express dissent against rape culture, sexual stigma, and the ruling party's sex-negative political platform — all while wearing as little or as much clothing as you please.

The event began in the morning with a mile long march and ended with talks, performances, and celebrations in Pershing Square where dozens of vendors (myself included) sold their wares. I was fortunate enough to meet and mingle with dozens of people who attended and chat with them about why they decided to show up for sex positivity.

These are my five takeaways from SlutWalk LA: