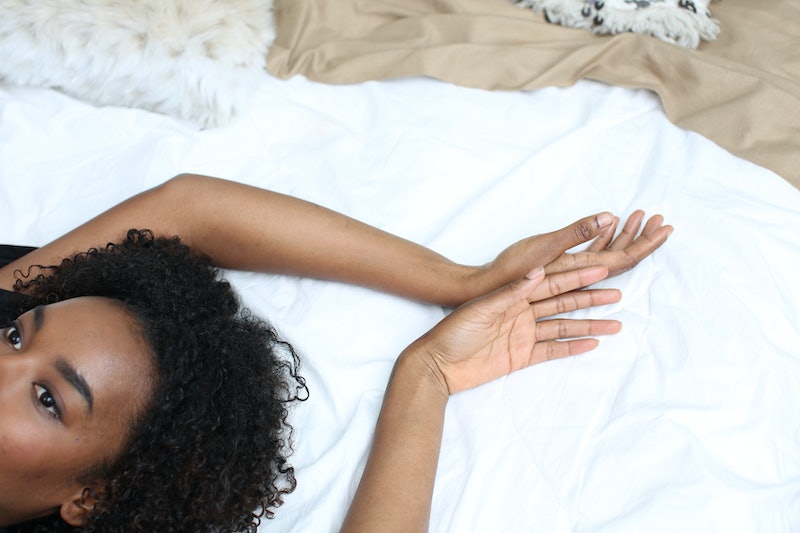 A few months ago, when I was looking for statistics on female orgasms, I came across The Hite Report: A Nationwide Study of Female Sexuality, a book reporting the findings of sex researcher Shere Hite's 3,000-woman study. It was published in 1976, yet it shed so much light on the orgasm gap, genital shame, and other issues affecting our sex lives today. It's a must-read for anyone who wants to understand what women's sex lives are like and how we can improve them.

Here are some insights Hite gained from her study that are more relevant than ever today.

More like this
How Do I Deal With Both ED & Premature Ejaculation?
By Sophia Benoit
Are Virgo & Aquarius Compatible In A Relationship?
By Kristine Fellizar
Hinge's New NFAQ Feature Is Demystifying Queer Dating
By Emma Carey
The Best Time To Date After A Breakup, According To Experts
By Bustle Editors
Get Even More From Bustle — Sign Up For The Newsletter