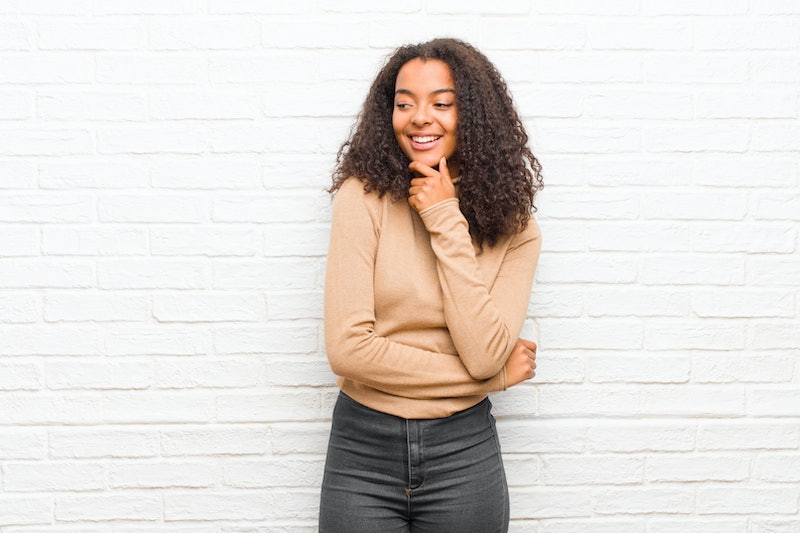 On Oct. 27, a new moon will rise in the night sky. Though it'll call no attention to itself visibly as it'll be invisible to the naked eye, it'll make big waves astrologically. There are some zodiac signs that the October new moon will affect a ton, and if you're one of these signs, you're going to want to prepare yourself for the major bout of intense energy that's about to hit you like a wrecking ball.

In addition to this month's new moon, we're also officially in the throes of Scorpio season, which is going to turn up the volume on sensitive emotions for some of us. If your sign is easily swayed by these energies, you're going to have an intense night ahead of you — at least emotionally.

While most new moons are quiet and influence to turn our attention inward in a peaceful way, this new moon has too much going on around it. Instead of having an uneventful night at home, some signs will have some heavy and emotional work ahead of them. That said, don't be intimidated by the incoming energy — it's actually the perfect time to deal with these thoughts and complications and will set you off on a powerfully restorative path for the rest of Scorpio season.

To find out which signs are going to be most affected by the October new moon, Bustle talked to astrologer Kyle Thomas. Thomas predicted that while we might all feel less calm than usual during this new moon, these signs will feel the astrological event most profoundly:

"This is a time when you could receive some shocking or exciting news about your partnerships in love or business," Thomas predicts. On a totally different note, Thomas explains that if you are not with the right person during this time, "you may watch your relationship burn to the ground before you."

"Romance will be exhilarating, surprising, or leave your jaw on the floor after this new moon," Thomas warns. It appears the stars have thrown you a curveball. "This could be news about a current lover if taken or suddenly crossing paths with a perfect match out of nowhere if single." Whatever you do, embrace the adventure and remember that you're strong enough to be flexible and adapt.

"Your work life will take your focus now, and you could become very busy," Thomas predicts. "If you want to increase your responsibility or employment opportunities, build them now," Thomas suggests, also going on to warn that there might be a complication at work that comes up so try to create a security net for yourself.

"The momentum of your life is about to speed up suddenly, but then you may also notice some things simultaneously slowing down because of Mercury going retrograde a few days later in your sign," Thomas tells Bustle, referring to Mercury retrograde beginning on Oct. 31 in Scorpio. Take steps toward what's most important to you, now is the time in which you can get there faster.

You don't love surprises, but Thomas says you're going to need to embrace them because "surprising news could pop up that comes at you from someone in your circle." If this happens, don’t let it shake you, remember that you control your destiny and you have the power to move past or around it.

According to Thomas, this is the most important new moon for your career in 2019 and you might even feel a shift with your ambitions. "Either the current path is not going to lead you exactly where you hoped, or you could be contemplating new projects or strategies," Thomas say, so explore these ideas and be open to where they might take you, even if it's not where you imaged you'd be.