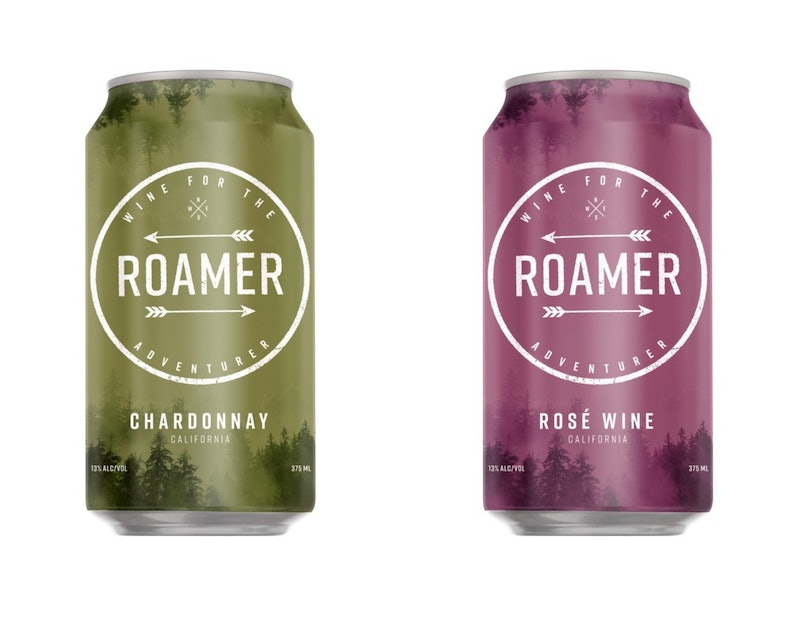 Let’s play a word-association game: What do you think of when I say, “7-Eleven?” Slurpees? Hot dogs? Late-night snack food runs? I bet what you don’t think of is wine… but it turns out that 7-Eleven no only has its own in-house wine labels, but also that a new variety has just arrived: Canned wine at 7-Eleven is a thing now, thanks to the company’s new Roamer wine label. No corkscrew? No problem!

Announced on Dec. 11, Roamer comes in slick, 12.7-ounce cans which retail for around $4.99 per can. It’s available in two varieties — a chardonnay and a rosé. The chardonnay is oaky, as you might expect, while notes of tropical and citrus fruits give it a bright acidity. The rosé, meanwhile, is syrah-based; fruity and featuring notes of red berries, it’s described as “crisp” and “easy-drinking.” (It may not be summer north of the equator anymore, but who says you have to give up the rosé-all-day lifestyle during the colder months?)

Roamer is far from 7-Eleven’s first foray into in-house wine; indeed, I was somewhat surprised to discover that convenience store chain has been in the wine game for nearly a decade. In November of 2009, the company released its first in-house wine: Yosemite Road. At the time, the label boasted two offerings, a chardonnay and a cabernet sauvignon, produced by the Wine Group, whose portfolio also includes Benzinger, Cupcake, and Big House Wine Co. They were priced in the under-$5 range, with an at tackling the value-priced wine market.

What’s more, it seems they’re actually quite drinkable. I mean, I realize that “drinkable” isn’t exactly a ringing endorsement — but there’s only so much you can expect from a $4-to-$5 bottle of wine, and “drinkable” is perfectly acceptable at that price point. To wit: Back in 2009, when h wines were new, Tyler Gray had his mom buy up a couple of bottles, taste test them with some friends, and report back to him about them for a piece published at FastCo — and the results were generally favorable.

Why his mom? Because she had access to the wines and he didn’t. Also, I will never, ever get tired of reading other people’s moms’ reviews of things; they are usually A-plus.

Anyway, although the taste testers said the Yosemite Road chardonnay lacked "bite" and wasn’t "buttery," they did describe it as “fruity” and kind of like “chardonnay on training wheels” — that is, if you’re not into wine, Yosemite Road’s chard might be a good entry point for you. The cabernet sauvignon, meanwhile, was met with “Not bad, how much does it cost?”, with the response to the inexpensive price tag being, “Yeah, I’d buy it.” As Gray summed it up, “And with this, my mom confirmed what most people, even her patrician, world-traveling, part-time Sonoma County-dwelling renaissance friends secretly suspected: The more money that’s left over for a cherry Slurpee and a cheesy grip of nachos, the better 7-Eleven’s wines taste.”

“The development and production of Yosemite Road wines was a global team effort and is just the beginning,” Kevin Elliott, then 7-Eleven's senior vice president of merchandising and logistics, said in a press release at the time of Yosemite Road’s debut — and, indeed, that does seem to have been the case. In the years since, 7-Eleven has added several more wines to its in-house portfolio, including Trojan Horse pinot grigio and chardonnay and Voyager Point sauvignon blanc, cabernet sauvignon, and a red blend made up of merlot, zinfandel and petite sirah.

Roamer, however, represents something new for 7-Eleven: A jump onto a major wine trend. (If there’s one thing the company’s previous offerings haven’t been, it’s trendy.) Canned wine has been around for some time — since 1936, according to The Drinks Business! — but over the past several years, the trend has ramped up considerably; according to Nielsen, sales for wine packaged in cans rose a whopping 43 percent between June 2017 and June 2018, reported CNBC in August of 2018. What’s more, it’s become particularly de rigueur for grocery chains to launch their own canned wine exclusives. (See: Trader Joe, whose Simpler Wines launched in 2017 at a price point of $4 for a four-pack, and Kroger, which became the sole brick-and-mortar retailer of WineSociety’s “shareable” wine cans just a few months ago.)

With Roamer, 7-Eleven enters the fray, driving home its classification as a convenience store in its positioning of the product: Said Tim Cogil, 7-Eleven’s senior director of private brands, in a press release, “The name, Roamer, reflects how we think people will enjoy this new wine – while they're out and attending concerts, picnics or spending a day at the beach. For wine-lovers, bringing along their favorite beverage requires bringing a bottle, corkscrew and glasses. Now, Roamer wine can share the ice chest with canned beer and soda with no additional wine paraphernalia needed.” He added, “That's not to say it isn't great to drink at home too! Either way, it's another way 7-Eleven is offering convenience to its customers.” (See what he did there?)

Roamer usually retails for $4.99 per can — but right now, 7-Eleven is actually running a deal on them, a rep tells Bustle via email. For a limited time, you can get two cans of Roamer for $9, instead of the $10 two cans would typically cost. Find your local 7-Eleven here. Cheers!