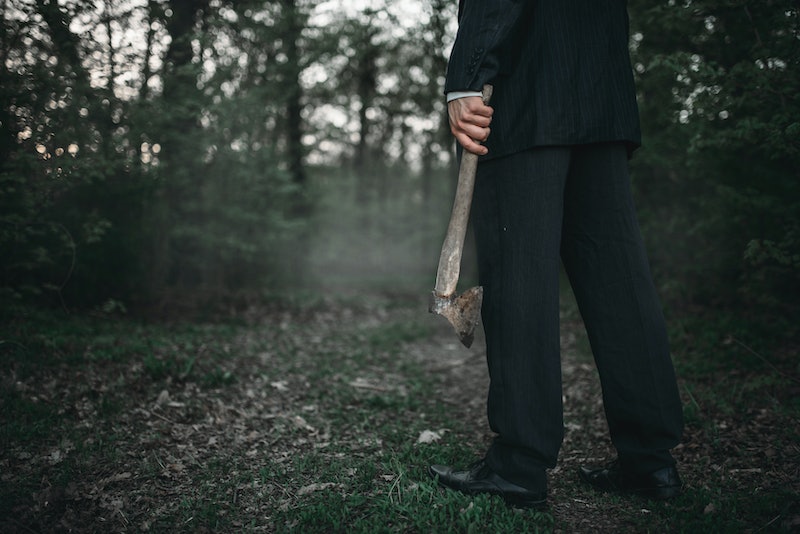 It's interesting to consider what makes a serial killer, and whether or not they show early warning signs as kids. In many cases, "serial killers show traits of psychopathy, or what clinicians term Antisocial Personality, when young (before the age of 18)," Dr. Judy Ho, a clinical and forensic psychologist, tells Bustle. And there does seem to be a connection between sociopathy and serial killers. But that doesn't mean all serial killers have a mental health issue, or that all people with antisocial personalities will be serial killers.

There are, however, a few similarities between the characteristics of well-known serial killers. For instance, if someone grew up in a toxic home environment, it can all come together to push them over the edge as adults. "Particularly, many serial killers come from abusive homes and have traumatic childhoods," Dr. Ho says. "And/or they are raised by parents or other adults who reward criminality, encourage it in their children, [and] don’t properly reprimand them when they do things to encroach on others and their property. It appears to be this biological plus environmental combination that leads to individuals who commit serial crimes."

Here are some early habits — as well as a few personality traits — that many serial killers have in common when they're young, according to experts.