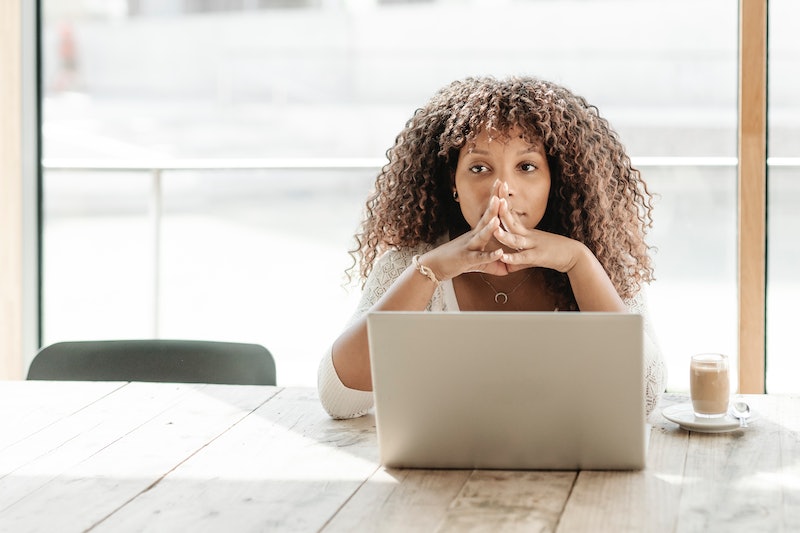 Because it's often dressed up as "chivalry," it's not always easy to identify benevolent sexism — the practice of viewing women and men in stereotypical roles that are meant to be "positive," but which actually do more harm than good. You might be wondering how to respond to benevolent sexism at work. This can be tricky, especially if the company you work for doesn't understand why benevolent sexism is harmful, and depending on where you live, cultural norms could further cloud the perception of what benevolent sexism actually is.

Remember that letter to the editor where Wasatch County, Utah GOP Vice Chairman James C. Green lobbied that women should not receive equal pay for doing the same job as men? In his argument, Green said, "Traditionally men have earned more than women in the workplace because they are considered the primary breadwinners for families. They need to make enough to support their families and allow the Mother to remain in the home to raise and nurture the children."

This is textbook benevolent sexism. Although Green's assertion that women are meant to stay home raising the kids seems to be meant as a positive thing, praising women as "nurturing," it still reenforces stereotypical gender roles. What's more, it uses them as the basis for an argument that basically amounts to an explanation of why women don't deserve equal rights.

At work, you might experience benevolent sexism as a male co-worker asking you to fetch coffee when that's not part of your job, or being given more administrative tasks than a male coworker because "women are more organized." Personally, I have witnessed women with MBAs and law degrees being asked to take minutes in meetings because they have better handwriting, or can type faster.

While benevolent sexism is clearly demeaning, it can be harder to speak up about because it's not as overt as hostile sexism, which focuses on insults, intimidation, and harassment. Additionally, the responsibility of educating people about sexism in the work place shouldn't rest on the shoulders of those hurt by it. (Unfortunately, though, it seems like it's up to us to spearhead any real change. Maybe one day we'll get beyond this point. We can hope, right?)

Here are seven ways to respond to benevolent sexism at work, if it happens to you, or you see it happening to someone else.

More like this
25 Inspiring Quotes From Black Women To Celebrate Black History Month
By Kyli Rodriguez-Cayro and JR Thorpe
Twitter Has *A Lot* To Say About The "Single Penalty”
By Sam Ramsden
24 History-Making Black Women You Probably Didn't Learn About In School
By Ayana Lage and JR Thorpe
23 Super Sweet Things To Write In A Valentine's Day Card
By Karen Belz and Lexi Inks
Get Even More From Bustle — Sign Up For The Newsletter
From hair trends to relationship advice, our daily newsletter has everything you need to sound like a person who’s on TikTok, even if you aren’t.