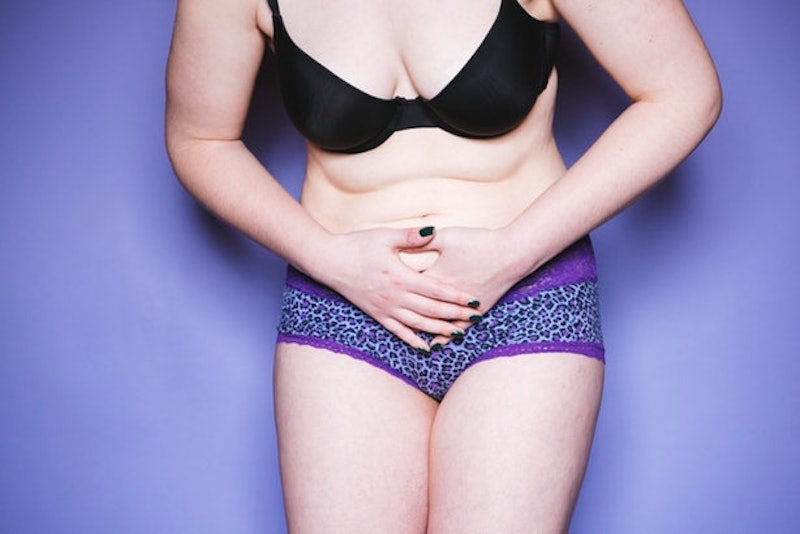 About a year ago, I began noticing I was getting up several times a night to pee. Once I thought about it, I realized I was peeing a lot during the day, too. The problem escalated and escalated until I was getting up three to five times a night, leading to severe sleep deprivation. Desperate for a solution, I got tested for interstitial cystitis, ovarian cysts, diabetes, kidney stones, you name it. But with all the results negative, I instead got the frustrating diagnosis of overactive bladder (OAB).

I describe an OAB diagnosis as frustrating because it doesn't have a simple cure. Your options are to go on medication, to see a physical therapist who can teach you helpful exercises or an osteopath who can manipulate your nerves, to try a more drastic treatment like Bladder Botox injections or electrical bladder stimulation, or to make a bunch of small changes to your lifestyle that can gradually alleviate the problem. "Even though treatment options exist, many patients opt for natural and homeopathic remedies, since no single treatment has been proven to be most effective," Caleb Backe, Health and Wellness Expert for Maple Holistics, tells Bustle.

There are two main symptoms of OAB, Los Angeles-based urologist S. Adam Ramin, MD tells Bustle: urgency frequency (feeling like you have to pee a lot) and urgency incontinence (not being able to hold it in). Some people with OAB (like me) only have the first symptom, while others have both.

"Whether it’s that sense of urgency when you laugh or the incessant fear of not making it to the bathroom in time, women who suffer from an overactive bladder or urinary incontinence are often embarrassed by their condition and sometimes feel like the only people on the planet who must endure it," says Ramin. "In reality, nothing could be further from the truth. While urinary incontinence does affect women more often than men, millions of women deal with some type of bladder control issue at some point in their lives. And the truth is this: If you suffer from an overactive bladder, it doesn't have to be a condition that puts you in adult diapers for the rest of your life. In fact, there are some simple diet and lifestyle changes that can put you back on the road to bladder control."

I know this is true because when I make it through the day without caffeine and alcohol, avoid sugar in the evening, relax before bed, and refrain from drinking anything a few hours before bedtime, I only get up to pee once or twice. I initially discounted this advice because, hey, I don't want to give up alcohol or caffeine or sugar or *gasp* stop working at night. But after I tried a few medications that all had undesirable side effects, I realized lifestyle changes were worth it — and would probably make me healthier in the process.

If you're experiencing symptoms of overactive bladder, like an urge to pee eight or more times a day, urinary leaks, or the need to wake up to pee twice or more per night, see a urologist. There are a lot of underlying conditions it could be related to, and you can learn more about treatment options. Whether there is some underlying cause or it's just plain old OAB, though, these strategies should improve the condition.