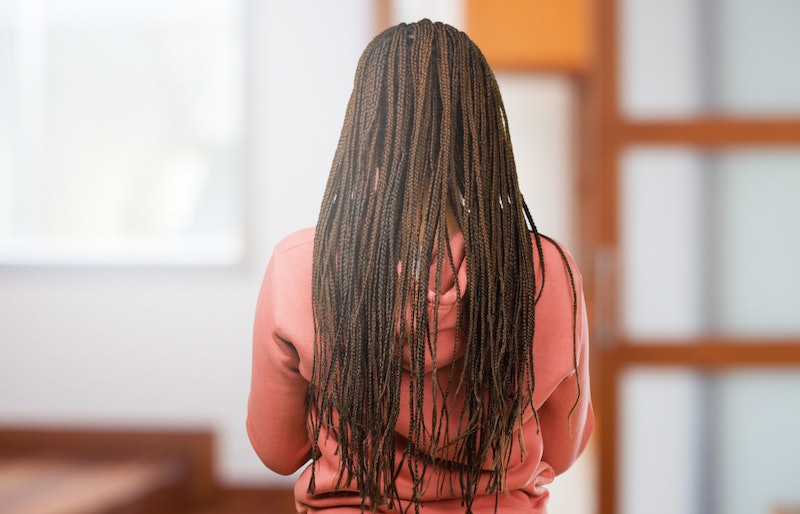 According to Psychology Today, about three percent of men and one percent of women have antisocial personality disorder (APD). But people with this disorder aren't antisocial in the sense of being shy. "There is a lot of confusion with this term 'antisocial personality disorder' with some people taking it face value," licensed clinical psychologist Dr. Ramani Durvasula, tells Bustle. Really, it means the person with the disorder behaves against ("anti") social codes of conduct.

"Antisocial personality disorder is a clinical term for a very serious mental illness that is characterized by a persistent pattern of antisocial and even dangerous behavior towards other living things — animals as well as people," licensed psychotherapist and mental health author Judith Belmont, MS, LPC, tells Bustle. "Sociopathy describes the persistent pattern of unhealthy, negative and even destructive behavior that someone exhibits when they have an antisocial personality disorder." APD can only be diagnosed by a professional.

Here are eight signs someone has antisocial personality disorder, according to experts.

More like this
This Psychological Effect Might Be Keeping You From Hitting Your Goals
By Lexi Inks
19 Latinx Therapists & Mental Health Experts To Follow On Instagram
By Kaitlyn Wylde, Naydeline Mejia and Lexi Inks
The 9 Best Exercises For Piriformis Syndrome Relief
By Carolyn Steber
All The Benefits You Get From Sitting In A Sauna
By Carolyn Steber
Get Even More From Bustle — Sign Up For The Newsletter