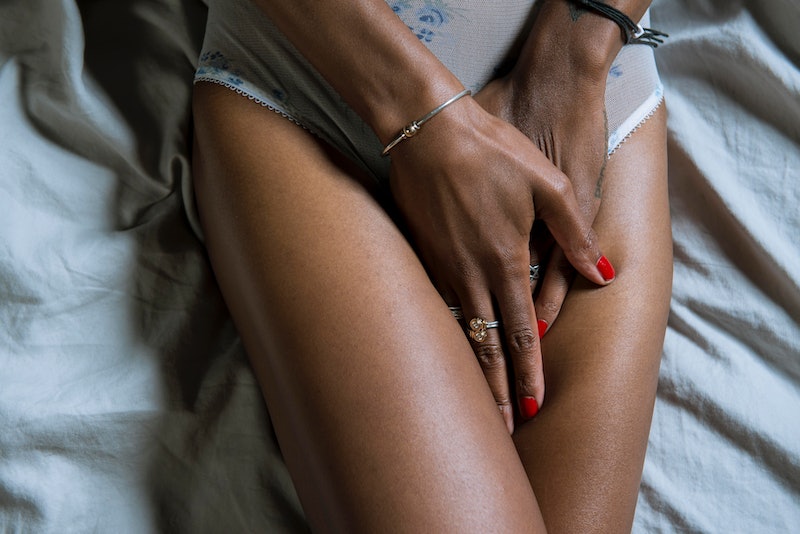 Experiencing pain during sex may be more common than previously thought, according to new research in the BJOG: An International Journal of Obstetrics and Gynecology. This survey of almost 7,000 British women aged 16 to 74 found that almost one in 10 experienced pain during sex. And that number is just too damn high. But, if you're someone who suffers yourself, you are definitely not alone. Painful sex was tied to lack of sexual enjoyment, unsurprisingly, as well as anxiety and vaginal dryness. Some women reported avoiding sex all together.

“Everyone gets some aches and pains from time to time,” Dr. Michael Krychman, MD, OBGYN, Sexual Medicine Gynecologist and the executive director of the Southern California Center for Sexual Health and Survivorship Medicine, tells Bustle. “The concern for sexual pain is when it is persistent and does not subside. If it is associated with other symptoms, like nausea, vomiting, urinary pain/frequent urination, bleeding, persistent pain, vaginal discharge that has a bad odor, fever, chills for instance may signal something more pathological is going on. When in doubt, it is always best to consult a health care professional to get a proper evaluation.”

It's such a common problem, but like many issues around sex, for some reason we're shy about discussing it. But that needs to change. One way to help? Staying educated. Here's a list of some of the painful sex culprits, but when in doubt you should always consult a doctor: