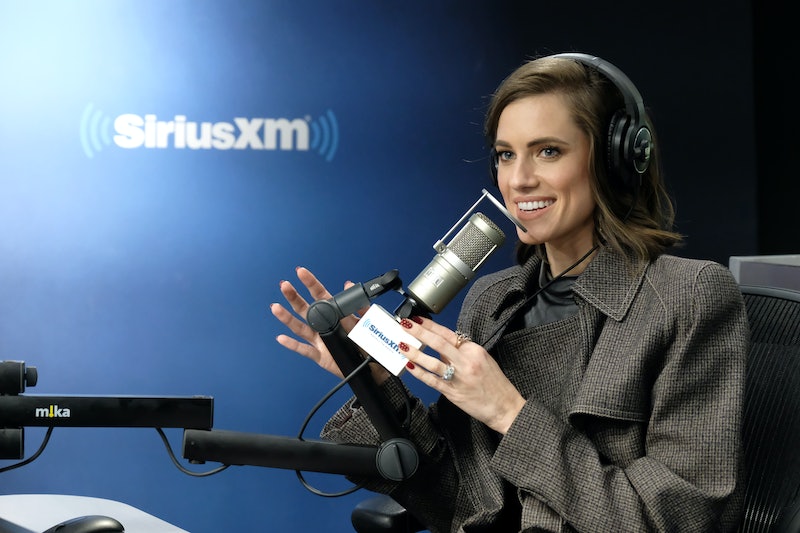 If a Girls movie ever came to be, Marnie Michaels would probably be there with fake diamond-encrusted bells on. The key word being "if." When chatting with to Andy Cohen on SiriusXM's Radio Andy this week, Allison Williams talked about the Girls movie idea and whether a feature film followup to the HBO dramedy series is something that could happen at some point in the future. No, the Get Out actor does not know if a Girls movie will ever come to fruition, but she did state that if it were to happen at some point in the future, she would be into it. Williams said,

“Oh, I mean, I hope for one. I think it’d be so fun. The likelihood? I genuinely don’t know. I have no idea. It would be so much fun.”

Williams also said that if a Girls movie situation were to come to fruition, it would "have to be every, like decade." "At one point, Lena said, ‘Every decade I want to check in on them,’" she added. "That would be really, really fun.”

The show drew to a close on April 16, 2017, leaving quite a legacy behind... and the door to a possible movie revival slightly ajar?

At the Season 6 premiere party in 2017, series star and creator Lena Dunham told Vanity Fair at the Season 6 premiere party that she is not "ready to say goodbye to [the show]" and would "love to do the Girls movie." Girls co-showrunner Jenni Konner said they don't know what the movie would look like, but agreed that she would be into making it happen.

Williams and Dunham's Girls co-stars Jemima Kirke and and Zosia Mamet seem pretty into the idea, too. When she appeared on Watch What Happens Live with Andy Cohen in April 2017, Kirke said she has "no idea" if a movie is in the cards. "That's not up to me," she went on. "I could see it, yeah, but I'm the last person to be told. But yes, I hope there is."

And Mamet told InStyle in 2018 that she doesn’t think a movie is “out of the realm of possibility." She explained,

“We had always joked about it, but I think there was always an underlying sense of hope within the joke that it might happen. Lena always said that, if we ever did a movie, there would need to be time in between so it felt like we were finding these people in a different part of their lives, as opposed to just picking up where they left off. She didn’t want it to feel like a continuation of the show, but a separate thing.”

Hey, maybe in a few years we'll be given a chance to see what Hannah, Marnie, Shosh, and Jessa are up to. Or maybe we won't.