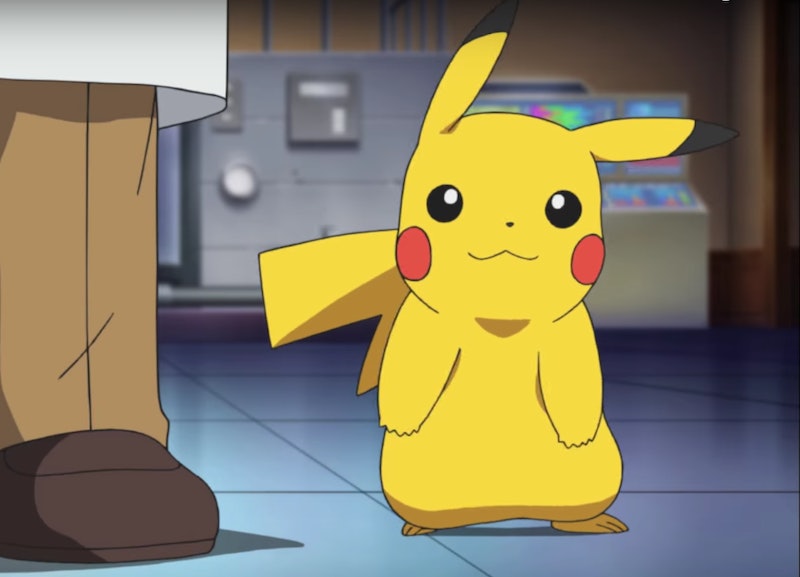 Fans of the animated series, and '90s kids in general, will be excited to learn that a live-action Pokémon movie is happening. Although details surrounding the film still remain scarce, The Hollywood Reporter reported that Kathryn Newton is currently in negotiations to join the super popular franchise film. You may recognize Newton from her role on HBO's critically acclaimed miniseries Big Little Lies, where she portrayed Abigail, the teenage daughter of Reese Witherspoon's character, Madeline. She also appears in the recently released Lady Bird.

The live-action film, which is reportedly titled Detective Pikachu, will feature Newton as Lucy, a journalist who will embark on some sort of adventure with a boy who will be played by Justice Smith from Netflix's The Get Down, according to THR. Smith was the film's first human lead to sign onto the project, although his exact role has not yet been divulged to the public. His attachment to movie was announced in November while THR reported that production worked diligently to find someone to appear opposite the 22-year-old actor.

While it seems that both Smith and Newton will appear in human form in the film, it's probably safe to say that most of the other characters in the film will be created through some sort of animation, given the fact that Pokémon is based on the premise of training, capturing, and battling pocket monsters who live either in the wild or amongst humans. Still, you likely will have a lot of questions about what exactly the movie will look like.

With little information yet available about the film's intended plot or direction, it's been speculated by sites, including Forbes, that the movie will be an adaptation of the video adventure game, Great Detective Pikachu. The character encounters a boy named Tim Goodman, who is able to understand his language and they begin working together to solve various mysteries revolving around Pokémon within the city. ScreenRant indicates that the filmmakers' wish list of candidates to voice the animated Pikachu have included the likes of Dwayne "The Rock" Johnson, Ryan Reynolds, Hugh Jackman, and Mark Wahlberg, although this information has not been confirmed.

As the movie's lead, Smith has notably taken a huge leap into the film industry following his stint on The Get Down, which was canceled after just one season. He has also appeared in the film Paper Towns and will star in the upcoming Jurassic World sequel. Meanwhile, newly-minted co-star Kathryn Newton has also seen her career climb rapidly within the past year, snagging roles in the aforementioned Lady Bird and the movie Three Billboards Outside Ebbing, Missouri. There's certainly no doubt that this new movie, which will be the first ever live action Pokémon feature, will help to boost both actors' visibility, considering the franchise's tremendous popularity.

First introduced as a video game and trading card series, Pokémon rapidly spawned into a conglomeration of animated television shows, movies, comic books, and toys. Throughout the years, Pokémon has been regarded as one of the best-selling video game franchises in history, falling second only to its parent company Nintendo's Mario franchise, according to Independent.

The 2016 release of the Pokémon Go app reinvigorated interest in the phenomenon, thus bringing forth the franchise's very first human-based film. Variety reports that Pokémon, which was first introduced in Japan in 1996, has sold 279 million video games worldwide, shipped 21.5 billion cards to 74 countries, and has had an animated series in production for 19 seasons.

Production of the upcoming cinema is reportedly kicking off sometime during January 2018 in London with Universal Pictures overseeing distribution of the feature outside Japan. Meanwhile, the Pokémon Company’s longtime movie collaborator, Toho, will handle distribution of the film over in Japan, according to THR.

Given the overwhelming popularity that Pokémon continues to command among fans, it's safe to say that this live-action feature will probably be a box-office hit.

More like this
The 'Hocus Pocus' Sequel Finally Has A Release Date & It Makes Total Sense
By Shannon Barbour and Radhika Menon
Hayden Panettiere Will Return For 'Scream 6': "We F*cking Won, Scream Fam"
By Jack Irvin and Jake Viswanath
Laura Dern Said “Cultural Awareness” Made Her Rethink This 'Jurassic Park' Fact
By Grace Wehniainen
Amanda Seyfried Reflects On 'Mean Girls' & "Gross" Remarks That Men Made After It
By Jake Viswanath
Get Even More From Bustle — Sign Up For The Newsletter