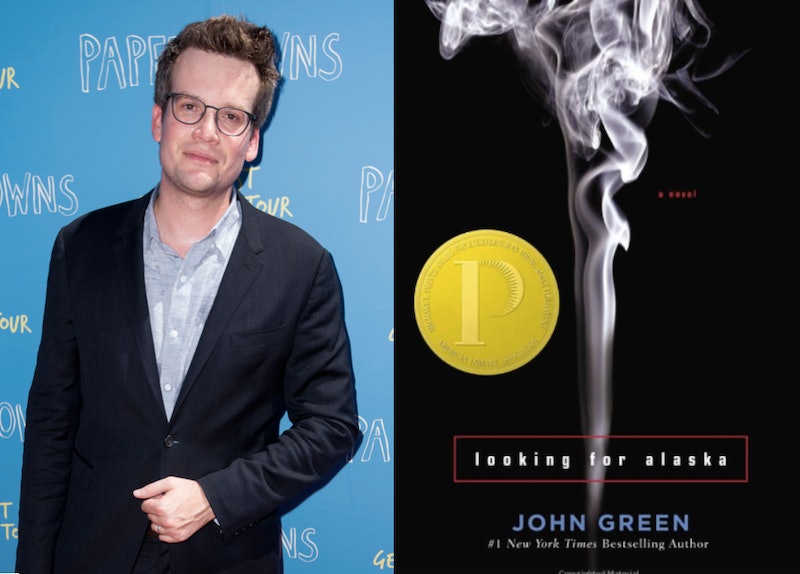 John Green's beloved debut novel, Looking For Alaska, has finally found its on-screen home. On Wednesday night, Deadline reported that Hulu is finalizing a deal to turn Looking for Alaska into an eight-episode limited series, with The O.C. creator Josh Schwartz set to serve as showrunner and executive producer.

The story follows Miles "Pudge" Halter, who is obsessed with famous last words. He's bored with his uneventful life at home, yearning for the excitement of the unknown. This drives him to enroll at Culver Creek Boarding School, where he meets the dynamic, complex, and enchanting Alaska Young, a classmate who changes his life forever.

Green is the renowned YA author behind books-turned-big-movies like The Fault in Our Stars and Paper Towns, and Schwartz has been working — and at times, struggling — to bring Looking for Alaska to the screen since its release in 2005. Just after becoming the youngest series creator ever with his beachside teen drama on Fox, Schwartz fell in love with the author's manuscript, according to Deadline. He brought the project to Paramount Pictures, who bought the rights to the story as a feature film, but the project got stuck in development for years, with various other writers and directors attached at different points. Green even told fans in a 2016 video update that he was discouraged with the lack of progress on the adaptation. "They've tried to make a movie a bunch of times, but it's always fallen apart for one reason or another, and, at this point, I'm not involved in the project in any way," he said at the time. "I'm not gonna lie, it definitely bums me out."

Schwartz eventually came back to Green and the other producers with the idea of turning the book into a limited series, along with his frequent collaborator Stephanie Savage, with whom he worked on The O.C. as well as Gossip Girl, and the wheels on the project began to turn again. Upon hearing the news, fans of the book took to Twitter to voice their excitement.

@agustinmacotojr also tweeted, "OMG!!!!!! I just literally woke up and I saw this tweet and I just can't... WOW! Words are not enough to express how much I loved the painfully honest Looking For Alaska I AM SO HAPPY for you @johngreen [smiling emoji] Three words for this: I CAN'T WAIT!" along with a few kissing emojis.

The show will mark Schwartz and Savage's second collaboration with Hulu, as they already work with the streaming service on Marvel's Runaways, which was recently renewed for a second season, according to The Hollywood Reporter, as was their drama Dynasty on The CW.

Looking for Alaska is also part of a growing number of book titles that Hulu has adapted for the screen recently. Following the success of The Handmaid's Tale, based on Margaret Atwood's 1985 novel, the network has also ordered Reese Witherspoon and Kerry Washington's adaptation of Celeste Ng's Little Fires Everywhere, which they're turning into a limited series, as well a show based on Joseph Heller's Catch-22, starring George Clooney, Christopher Abbott, and Kyle Chandler.

There's no official word yet on when Looking for Alaska will premiere, but fans can take some comfort knowing that the book is finally making its way to the screen.