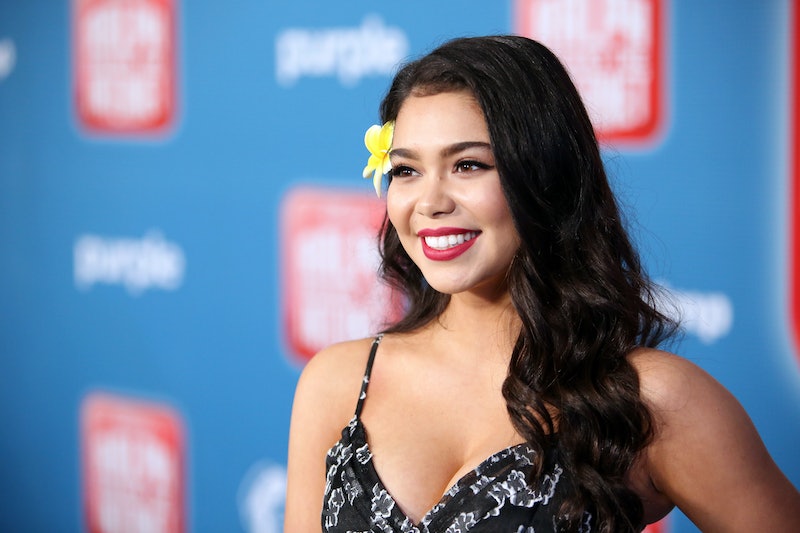 The live made-for-TV production of The Little Mermaid will soon be part of our world. On Aug. 5, outlets like Deadline and The Hollywood Reporter shared The Little Mermaid Live! is back on after being delayed since 2017. Furthermore, three stars have been revealed: Moana’s Auli’i Cravalho will play Ariel, Queen Latifah will take on the role of Ursula, and Shaggy will step into Sebastian’s shoes, er, claws. The Wonderful World of Disney Presents The Little Mermaid Live! is set to swim on over to a TV set near you on Nov. 5.

In a press release, ABC said,

“This special tribute to the original animated classic and its timeless music will take viewers on a magical adventure under the sea as live musical performances by a star-studded cast will be interwoven into the broadcast of the original feature film. This never-before-seen hybrid format will feature beautifully intricate sets and costumes, with music from the original animated film and the Tony Award-winning Broadway stage version, originally composed by eight-time Oscar-winning composer, Alan Menken. Howard Ashman’s iconic film lyrics will also be showcased, while lyricist for the Broadway adaptation, Glenn Slater, will contribute to the star-studded spectacular.”

It already had me at Cravalho, Queen Latifah, and Shaggy, but then the show goes and adds a “never-before-seen hybrid format will feature beautifully intricate sets and costumes, with music from the original animated film” to the mix? Oh, this is going to be a fun one.

In May 2017, ABC announced that a made-for-TV production of The Little Mermaid was slated to premiere on Oct. 3, 2017. However, the network revealed that August that the special would not be airing that year after all. When it was announced that The Little Mermaid musical would be put on hold for an unspecified amount of time, ABC said in a statement provided to Bustle, "We are postponing the ‘Little Mermaid Live’ special. We love the idea of doing a live musical and want to make it wonderful. The project is so unique that we are making best efforts to do it next year and want to give it all the attention it deserves."

There is no shortage of new Little Mermaid content on the horizon. In addition to the made-for-TV musical adaptation, there will be a live-action feature film adaptation of the 1989 Disney classic, which will reportedly go into production in 2020. Halle Bailey will play Ariel and, as Variety reported, Awkwafina will play Scuttle, and Jacob Tremblay will play Flounder. Per a report from The Hollywood Reporter, Harry Styles and Javier Bardem are both “in talks” to join the cast. Styles would be Prince Eric and Bardem would be King Triton. y is rumored to take on the part of Ursula, and while she has yet to confirm this is happening, she did give a coy wink when Jimmy Kimmel asked her about The Little Mermaid on a recent episode of Jimmy Kimmel Live.

More like this
Lin-Manuel Miranda & Tituss Burgess React To 'Little Mermaid' Casting Backlash
By Radhika Menon
The Best 'Grey's Anatomy' Intern Moments, From MAGIC to Glasses
By Grace Wehniainen
24 Years Ago, 'Friends' Dropped Its Most Underrated Ross & Rachel Episode
By Grace Wehniainen
What Does Nancy Jo Sales Think Of 'The Real Bling Ring'?
By The Editors
Get Even More From Bustle — Sign Up For The Newsletter