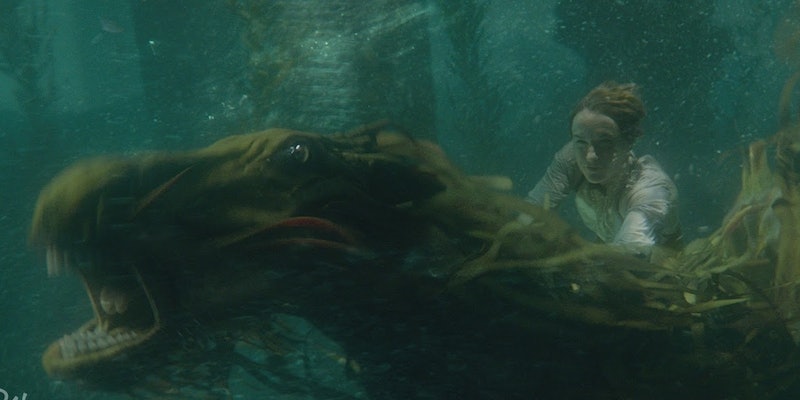 When it was first announced that Fantastic Beasts and Where to Find Them was just the first installment of what would be a five film franchise about the rise of the dark wizard Grindelwald, there was some trepidation among Wizarding World fans. After all, the original movie mostly deals with the titular beasts, and not everyone was excited about the idea of the magical creatures being shelved in favor of Voldemort 2.0. But thankfully that's not what's happening, as Fantastic Beasts: The Crimes of Grindelwald features a ton of creatures, both new and old alike. So what beasts are in Fantastic Beasts 2?

Not all of the movie's beasts have been announced yet, so some will still be a surprise to viewers once the film opens. However, several of them have been revealed ahead of the film, and they confirm the movie is not lacking in the beast department. First things first, the movie features a certain beast that actually debuted in Harry Potter and the Order of the Phoenix, meaning even those unfamiliar with Fantastic Beasts and Where to Find Them will recognize them. I'm talking of course about Thestrals, those winged skeleton horses invisible to anyone who hasn't seen a death in person show up in the new movie to mystify and terrify like it's 2007.

Another Harry Potter beast making an appearance in Fantastic Beasts 2 is Nagini, Voldemort's attack snake, who also appears in human form in the film, played by Claudia Kim.

There are also a few beasts who appeared in the original Fantastic Beasts that are making a return. First up is the Bowtruckle, the shy, green, stick-like little creatures for whom Newt Scamander has a particular fondness.

Another returning creature is the fan-favorite Niffler. These platypus-looking creatures love shiny things, and the new film shows them in their even cuter baby form for the first time.

Also back for round two are mooncalves, the adorable, long-necked lamb-like creatures that emerge during a full moon.

Now onto the newbies, and there are several of them. First up is the Kelpie, a type of water horse from Scottish mythology. They're considered dangerous given their tendency to lure travelers to a watery grave, but Newt of course has a way with them.

Then there is the Matagot, which comes from French folklore. They look like large black cats with huge blue eyes, and are employed by the French Ministry of Magic for various tasks.

Next is the intimidating Zouwu, a massive, multicolored cat-like beast of Chinese origin.

There's also the Augurey, a large, sad-looking Irish bird that frequently appears when it rains.

Don't forget the moose-like Leucrotta, which is said to have a very large mouth. The better to eat you with, maybe?

There are a few other beasts making their debut in the film, including firedrakes, small flying lizards that shoot sparks, and chupacabras, the spiky blood-sucking cryptids from Latin American folklore. So despite the larger non-beast stakes of the new film, the beasts are clearly still out and about in Fantastic Beasts: The Crimes of Grindelwald.