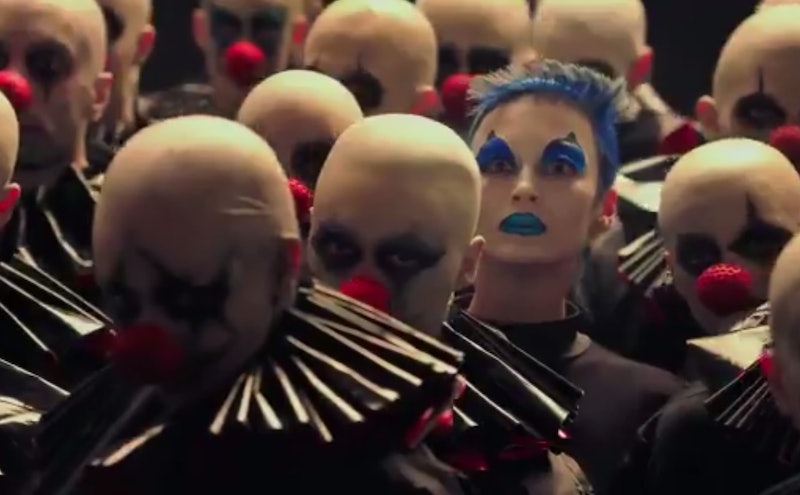 Now that fans know what it's called, it's time to start gathering all the clues about American Horror Story: Cult that have been revealed so far, in the hopes that you'll be able to guess any other details about the upcoming episodes. The act of desperately analyzing all of the hints about the new season of American Horror Story has become somewhat of a tradition for those who love the mysterious build-up and the guessing that comes along with it.

Seven seasons into the series, it's quite clear this is something that showrunner Ryan Murphy also loves. Whether he's sharing sinister, cryptic clues on his Instagram, or providing curious answers to fans' questions on Twitter, Murphy seems to enjoy creating a little breadcrumb trail of puzzlement for fans before the new season airs.

With American Horror Story: Cult set to premiere on Sept. 5, there are still a few weeks worth of speculation left before the story officially gets going. But, from the clues that Murphy has provided about AHS: Cult across social media, it already seems as though this upcoming season could be the most frightening and topical yet. Here are all of the hints that fans have been given thus far.