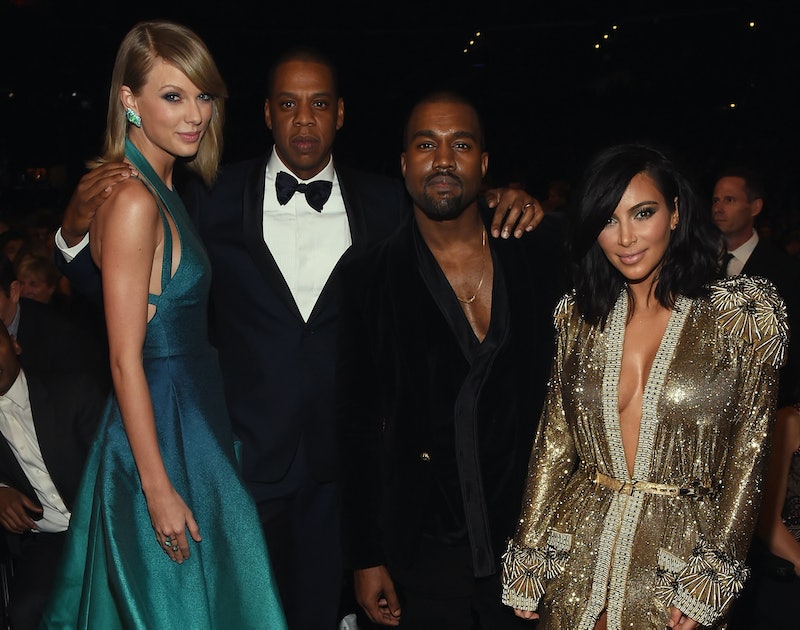 After a social media-black out and cryptic return, Taylor Swift is back. While the old Taylor may be dead, the new Taylor is shady. Despite only seeing the teaser of her "Look What You Made Me Do" video and Reputation album cover, Taylor Swift imitated Kardashian beauty looks (or so it appears). While an argument could be made that parallels in their looks could be coincidence, jumping from the snake video posted to her Instagram and the lyrics of "Look What You Made Me Do," Swift certainly seems to be sending a message. Why would she not do it with her look as well?

Overall, reactions to Swift's new single and upcoming album appear to be incredibly mixed with some charging Swift with "playing the victim" in both her situations with Kanye West and Katy Perry and others stoked that the commonly red-lipped singer is back to creating music, even praising her for "standing up for herself." Whether you're stoked for Swift's new dark side or angry that she hasn't seemed to have grown at all in the past three years since 1989's release, seeing the connections between "new" Taylor's beauty and style choices and those of the Kardashian clan.

How exactly did Swift cop the Kardashian lookbook?

Swift has switched up the length of her, but her style is consistently pretty classic. Rarely has the singer tried an "edgier" styling (an exception being a slick low-pony on the 2016 VMA red carpet) but on her Reputation album cover, the style is decided Kardashian.

Not to mention, Swift is also wearing her hair wet, a look that gained traction after Kardashian rocked it to the 2016 MTV VMAs.

Swift in camouflage? Sounds odd, right? Not when you see photos of Kardashian in a jacket that looks oddly similar, especially with those rolled up sleeves.

While this clip may seem innocuous, remember the diamond choker Kim Kardashian received from Kanye West as a push present? Is this Swift's homage to that extravagant gift?

While oversized, Swift's black sweatshirt looks quite like the classic Vetements sleeve design, one that Kardashian commonly rocks.

Swift and long acrylic nails aren't two things you associate with one another, until now. Long, claw-like nails are a Kardashian signature, and is it a coincidence?

How can you see this font and not think of Life of Pablo?

Could this all be conjecture? Totally. However, based on Swift's "Look What You Made Me Do" lyrics, she certainly seems to be harboring animosity. Only time will tell if Swift's seeming co-opt of Kardashian style is meaningful or not.