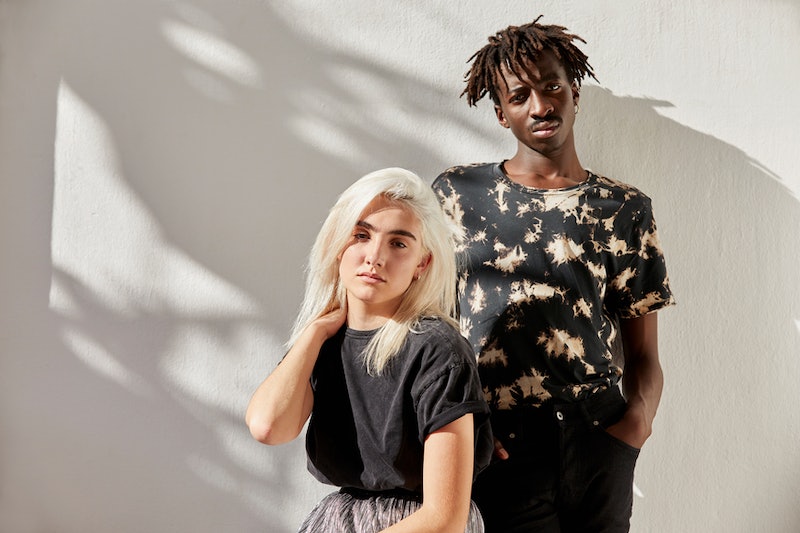 We all annoy our partners from time to time. After the honeymoon phase ends, it's natural to start noticing your partner's irritating habits or weird quirks, like the fact that they always seem to leave the toilet seat up or have major road rage. I'm not a huge astrology buff, but I think there's some truth behind the idea that people share certain traits based on their zodiac sign (stereotypically stubborn Taurus, speaking). And, of course, no personality is made up of all positive traits — even the Powerpuff Girls were made from sugar *and* spice.

“Every zodiac sign has a range of positive and negative traits," Ophira and Tali Edut, aka the AstroTwins, tell Bustle. "Knowing the quirks of your own sign can help you keep those at bay when dating or developing a relationship. And knowing your partner’s irritating traits might help you reframe them as 'cute' — or at least devise clever ways of avoiding them!”

Obviously, you can't (and shouldn't) hide your 'true self' from your partner — but if you're aware of your more annoying tendencies, it can help you nip those behaviors in the bud before they start to overshadow your good qualities and put a strain on an otherwise great relationship. Here's a breakdown of how we're each most likely to annoy the ever-loving sh*t out of our partners, according to our star signs.

"Aries is always [moving] at 100 mph," Astrologer Valerie Mesa tells Bustle. "In other words, don’t test their patience. There is no roaming through the aisles when grocery shopping together — they get in and get out. Oh, and pray the cashier isn’t slow. They will awkwardly vocalize their frustration."

Even more so than slow checkout lines at the grocery store, though, the one thing Aries has absolutely zero patience for is losing. "Working out together is always an option for Aries, but don’t try to outshine them by running that extra lap," Mesa says. "They will unnecessarily go out of their way to show you who the real winner is."

"If there’s one thing Taurus lives for, it’s their ride-or-die routine, and no one could ever change that," Mesa says. "If dinner is at 6 p.m. every day, make sure you’re on time. Throwing off a Taurus's routine means ruining their entire day."

And if you piss off a Taurus by showing up late, they'll be sure to let you know — and not always in the most tactful way. "Two words: zero filter. Making their [partner] cry unintentionally is their favorite pastime."

"Talking is Gemini's entire life," Mesa says. "When they’re not talking to people, they’re talking to themselves. And that doesn’t help when they know everything. Hide when you’re making a phone call."

But beware: it's not always just idle gossip that's coming out of a Gemini's mouth. "Geminis lie so easily it’s almost artistic," Mesa says. "Sometimes they actually feel the need to lie and other times they just want to see if they could get away with it."

“Your close friends are waiting for you guys at the bar down the street and... Cancer is already in pajamas," Mesa says. Netflix and chill might be fun — just not every single weekend. And especially not if you know your Cancer partner is going to hold a grudge because you wouldn't concede to watching How To Lose A Guy in 10 Days for the third time this month.

"You honestly never know what you’re going to get with Cancer," Mesa says. "Cancer has a buried issue file cabinet where they store away every single bad memory, just for sh*ts and giggles; and on a bad day, they’ll purposely go through your file."

"If you invite your parents over for dinner, chances are your Leo [partner] will disregard the fact that they’re your parents," Mesa says. "'Did you see the size of the fish I caught the other day?' 'Of course you like the meatloaf, I made it.' This isn’t the Leo show, calm down."

And don't even think about *not* liking the meatloaf — because you'll never hear the end of it if you disagree with them. "In [Leo's] eyes, they can do NO WRONG," Mesa says. "The thought of someone disagreeing with them and not praising them is almost impossible for them to fathom."

"[Remember] that time you had to reorganize your entire picture wall because the spacing was uneven, according to Virgo?" Mesa asks. The tendency to nit-pick is a Virgo specialty, but that's a mild quirk compared to their annoying habit of never explicitly telling you what's wrong or admitting that they're upset.

"Virgo is so reserved it’s not even funny," Mesa says. "It’s almost like [they] need you to ask the question a certain number of times before they answer."

"Libra absolutely hates confrontation... they sweep every single one of their problems under the rug," Mesa says. On the rare occasions where a fight does break out with your Libra partner, though, their mastery of manipulation tactics will suck you back in before you realize what happened.

"If there’s anything your Libra partner is good at, it’s charming you back in," Mesa says. "They can piss you off a thousand times but they always win."

"No one can get in your mind like a Scorpio can," Mesa says. "Scorpio knows what you’re thinking every second of the day and will remind you over and over, just because. They will purposely lure you into tricky webs just to catch you in a lie. That’s how they feel in control."

And beware: if a Scorpio manages to catch you in a lie, their wrath is something you may be afraid of. "They will totally shut you out and make you feel completely hopeless with their indifference — no remorse, no regrets," Mesa says.

"Your Sag [partner] passed Speech class with flying colors because [they were] born with a silver tongue and a pile of bullsh*t," Mesa says. "The exaggerated/over-the-top stories are scripted and recyclable. No shame — just part of [their] hustle."

The perfect place to tell those tall tales? A party, of course! "Party animal Sag wants to be everywhere and anywhere but where they are at the moment," Mesa says. "In other words, they need to experience their entire life to its maximum potential. Three words: Hold your horses."

"The movie Pleasantville is a perfect snapshot of a Capricorn," Mesa says. [They're] a noir, vintage-themed sarcastic comedy." There's nothing wrong with being a little old school, but Capricorn's desire to have a picture-perfect life like the fictional residents of Pleasantville can make them a wee bit uptight.

Something else Capricorn takes a little too seriously? Their career. "Cap is a walking LinkedIn profile," Mesa says. "If they’re not talking work, they’re bragging about why they should get promoted."

"[Aquarius is] completely indifferent to life itself," Mesa says. "No trick in the book will help crack your Aquarius. They’re mischievous robots with a natural talent for getting under your skin."

But there's one topic of discussion that has the ability to get Aquarius riled up every single time. "Aquarius gets passionate and political at the worst times," Mesa says. "It’s Thanksgiving dinner and Aquarius is having a full-on debate with your great uncle."

"These piranhas loathe reality and they'd much rather get lost in their Neptunian brain than listen to you," Mesa says. "In other words, you’re in charge of adulting. Your Pisces beau is in Neverland."

Possibly it's all that daydreaming, but Pisces can never seem to keep their story straight. "Changing the story and mixing all the pieces together is Pisces’ fave way of communicating," Mesa says. "So, what is the actual story? What really happened? You’ll never really know with Pisces."

No matter your sign, it's important to recognize that we all have negative traits, irritating habits, and less-than-attractive quirks. Pretending to be perfect in front of a partner gets you nowhere, and sets the foundation for a dishonest relationship. All you can do is be aware of your annoying tendencies and work to keep them in check — and try to be understanding of your partner's faults, too.