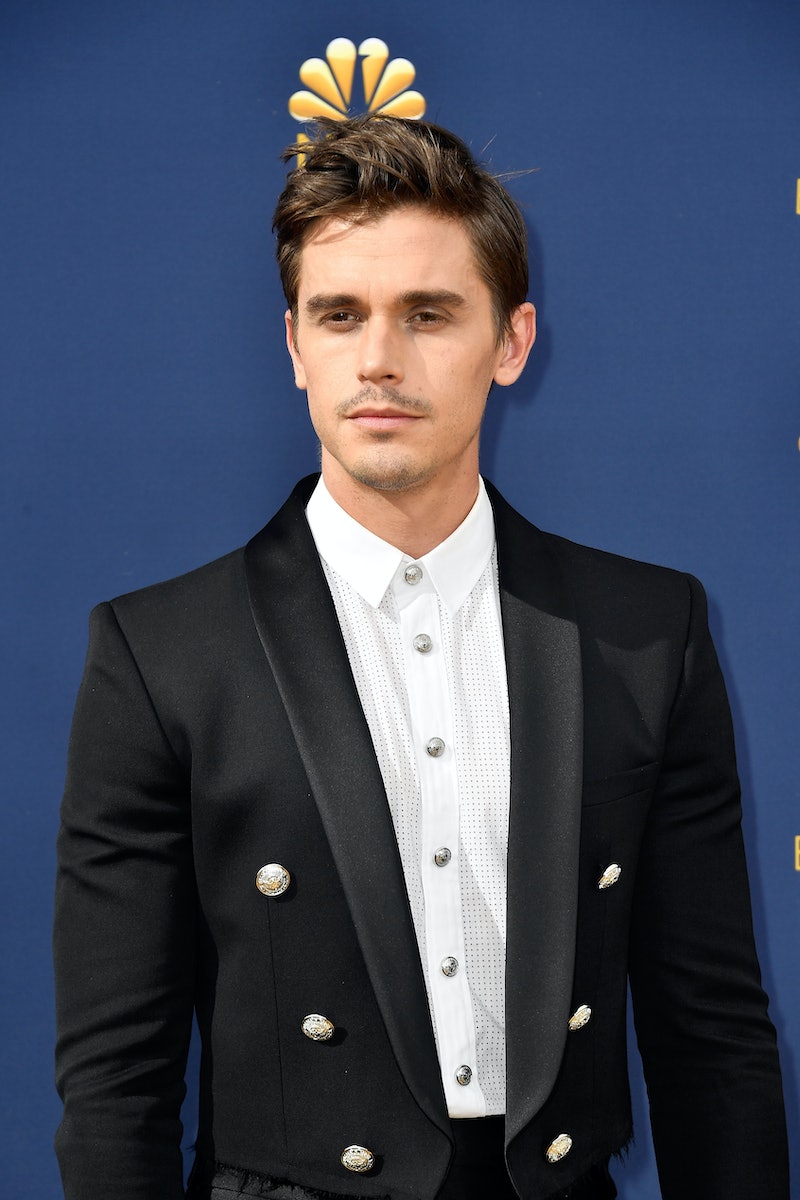 As time goes by, it's become increasingly clearer that sliding into someone's DMs has become the most effective way to potentially slide into their hearts. It's a tactic that has seemingly gone well for many, including Queer Eye star Antoni Porowski, who revealed that he met boyfriend Trace Lehnhoff on Instagram.

When asked about their relationship during a recent appearance on Watch What Happens Live With Andy Cohen, Porowski explained, “We met on Instagram ... It’s like the 2019 way, I guess.” Following the revelation, Cohen hilariously comments, "I love it! It went down in the DMs," while co-guest Real Housewives of New York Star Sonja Morgan jumped on the DM bandwagon. "I'm going to get on the DM and pound it," Sonja exclaimed after learning that singer Ricky Martin also met his husband on social media.

The Instagram meeting has certainly worked out well for Porowski and Lehnoff, thus far. Both reality TV stars, Porowski and Lehnhoff, who is an alum of Bravo’s Flipping Out, have reportedly been dating since last summer, according to People. An October 2018 report from Us Weekly claimed that the pair got together shortly after Porowski's breakup from his longtime boyfriend of seven years Joey Krietmeyer. However, they didn't take their romance public until December 2018 when they made their red carpet debut at the GQ‘s Men of the Year event, according to E! News. The duo later made things Instagram official just days after the outing, with Porowski posting a picture of the two holding hands while wearing matching gray suits along with the caption, “11 is my favorite prime number.”

Although they've only been dating for a few months, Porowski and Lehnhoff have seemingly been inseparable, chronicling a lot of their time together on Instagram. Lehnhoff, too, made things official via IG on Dec. 11, sharing a photo of him and Porowski during an evening sunset. "California is pretty incredible," he captioned the snapshot of the couple hanging out by the shoreline.

It's worth pointing out that two likely have a great deal in common. Both have, at some point, starred in reality series that cater to makeovers and home design. Porowski is notably Queer Eye's resident food and wine expert, while Lehnhoff served as Flipping Out's interior design master between 2009 and 2011. Their Instagram posts alone have the couple looking like match made in reality star heaven. And with their respective expertise, it's safe to say that their home life is full of amazingly stylish ambiance and decadent food.

While on Watch What Happens Live, a caller asked Porowski about the first meal he cooked for Lehnoff. After giving it some quick thought, the culinary expert deliciously described the dish as "a pappardelle with crumbled Italian sausage with white wine, parsley, lemon-zest sauce."

With his newfound romance, Porowski, who was relatively unknown prior to joining the cast of Queer Eye in 2018, has certainly had one hell of a year in terms of both his career and love life. And while there may be some social media interactions that haven't turned out so well, Porowski and Lehnoff's DM meeting certainly offers IG fans a glimmer of hope.