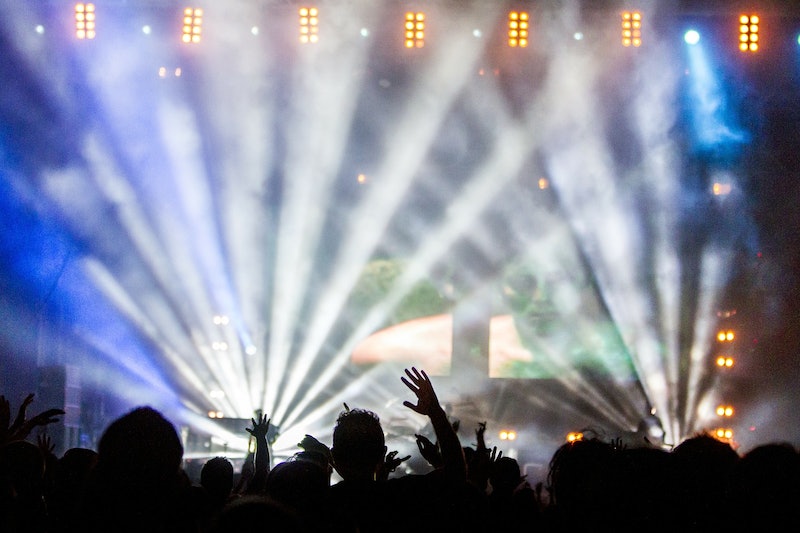 The latest tragedy in Manchester at Ariana Grande's concert took what was supposed to be an exciting night for fans and made it a nightmare that will haunt many of them for years, with 22 confirmed dead as of now and dozens more injured, many of them children. Are concerts safe? These recent happenings would make many of us say no; but let's look a little deeper.

The concert bombing, which ISIS has taken responsibility for, isn't the first of its kind; in fact, attacks at concerts and clubs seem to have grown in numbers over the years. For example, in November of 2015, IS gunmen took hostages and killed 89 people at an Eagles of Death Metal concert in the Bataclan, in Paris, France. Then, in July of 2016, 15 people were injured when a suicide bomber attacked a wine bar near the entrance of the Ansbach Open Music Festival in Germany. At these events, large groups of people are gathering to have a good time and be entertained, guards dropped, worries at bay. Why? Because it never seemed like we needed to worry about falling under attack at a music concert. These days, those exact same characteristics might make these events prime targets.

It was in May of 2016 that Neil Besu, deputy assistant commissioner of the Metropolitan police in the UK, said that crowded events like music festivals would be on high alert that summer for terror attacks, becoming a top priority for the police. Open air festivals in particular are notoriously difficult to safeguard, due to the environment.

Many are determined not to let the bad guys win; but it would be a lie to say incident like these don't at least make a dent. Grande has supposedly suspended her world tour following the gruesome attack in Manchester. A number of other gigs have already been canceled or postponed. U2 and the Foo Fighters canceled their European tour dates after the Paris attacks. Similar with Marilyn Manson and Motörhead. During a concert in Sweden, Madonna revealed she had considered canceling hers also, but didn't want to let the attackers have that power. Attending concerts has now become an issue of safety and security; so what's changed in light of these recent horrific events? Are concerts safe for us to attend? What's being done in response to these attacks? How safe can we ever really be in a huge, open venue, surrounded by so many people?

In an interview with Variety, Mike Downing, VP of Security for Prevent Advisors (a security consulting division), explains that we need to become less vulnerable.

"... we don’t want to live in a fortress. But I think there are things we can do seamlessly and invisibly to make our odds better and keep ourselves in a position of advantage." What does this mean, exactly? "In terms of what you could do to mitigate risks, there are things like higher-visibility patrols, decoy cars, counter-surveillance — operations where you’re actually looking outward at behavior and suspicious people — vapor-wake dogs and article dogs [for explosives], decoys, cameras, eyes in the sky where you’re looking at egress and looking for those opportune times," says Downing.

To that effect, people are taking action. Extra measures are being taken to increase security to a level we never thought we'd need. For instance, after the Paris attacks, Live Nation (the global leader for live entertainment) released a statement explaining that they would be heightening security measures globally, although they understandably wouldn't specify in what ways.

While vapor-wake dogs and decoys sound like a solid plan, preventing a terror attack might not even take that. In Downing's eyes, our biggest adversary is our own complacency. Downing explains that from what he's heard, it was relatively easy for the attacker at Manchester to pull this off.

"... I think had they looked at him and what he was wearing and his backpack, it would have been difficult for him to get inside undetected. He didn’t even try, as far as I’ve heard." He further says that these attacks aren't especially sophisticated or well-planned; they're just going after vulnerable areas.

To make matters more disturbing, it's not just concerts we need to worry about. Anything that draws a large number of people is a prime target, explains Downing, including college campuses, malls, and convention centers.

All of it is beyond alarming; but it's tricky territory to navigate: Are concerts safe? Yes and no. We can't definitively say there's no risk involved, obviously; but it's also not fair to say that every concert is dangerous, because many (most, really) go off without a problem. It is fair to say that security is increasingly being taken more seriously, and will hopefully help make concerts and festivals joyous celebrations for music lovers, as they always have been.