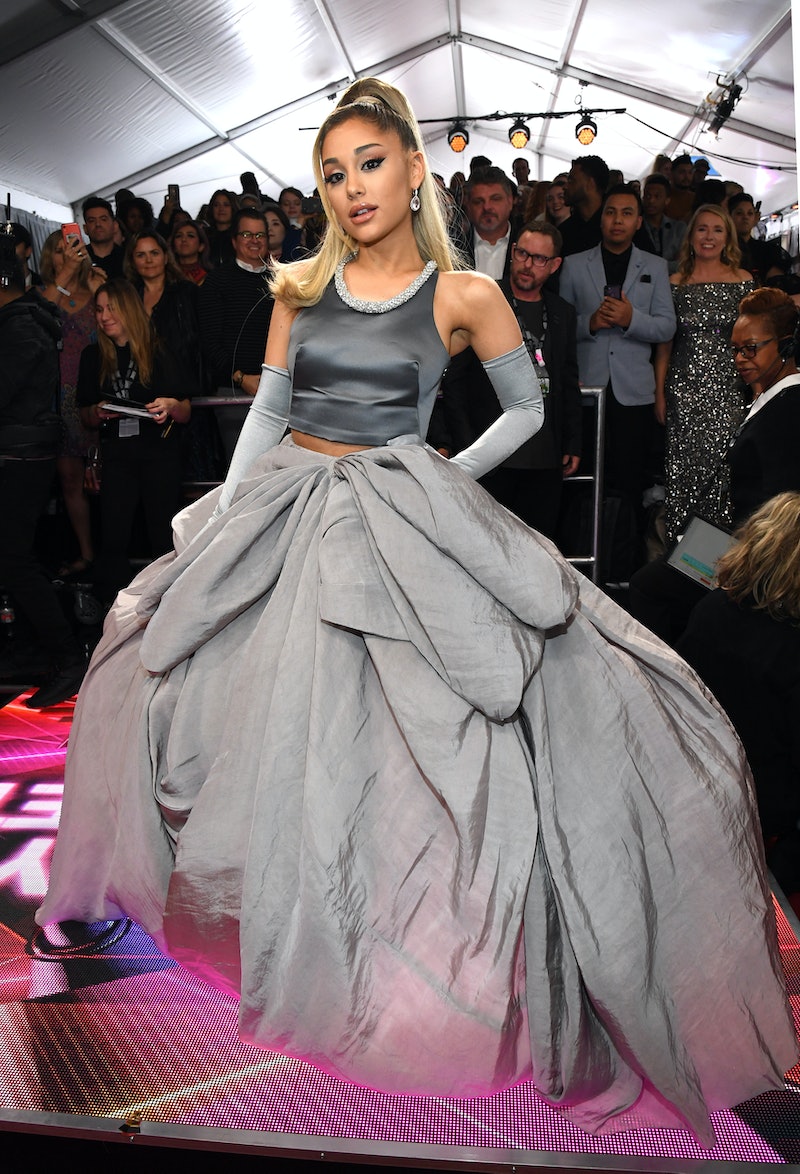 While many stars were focused on bringing their best look to the red carpet, some took it to the next level. Ariana Grande wore two gowns to the 2020 Grammys because apparently, the "7 Rings" singer couldn't just choose one.

Grande made her red carpet debut for the night in a custom Giambattista Valli ball gown with heather gray ruffles and layers and layers of tulle. She paired the custom-made dress with over-the-elbow gloves in the same shade. Like always, she had her blonde hair pulled back into a slick ponytail with just a face-framing piece pulled loose.

Although her original look was major and reminiscent of Rihanna's famous pink cupcake design from the same designer, it wasn't Grande's only 'fit on the Grammys red carpet. Just a few moments after hitting the entrance to the show, her look had transformed into Schiaparelli separates. The "Thank U, Next" singer chose a metallic racerback crop top with a bejeweled scoop neck to go with an equally as voluminous skirt as her previous ball gown. While she kept her gloves, the style was completely different from the first.

As for why she chose two dresses for the evening? Grande told CBS:

"I did the carpet in custom Giambattista dress, and I loved it so much, and then I came back to do the interview in a different dress because I couldn’t decide, I was so lucky! I had two very special custom looks made and this one is Schiaparelli — I know it’s not supposed to be pronounced like that but I’m Italian so everything I say to sound more Italian — so yeah, I was really indecisive but decided to do it twice. Which is really huge progress for me because usually I cannot come within three feet of a red carpet without having a nervous breakdown."

Grande also appeared to participate in one of award seasons' biggest trend: bows. Her skirt appeared to feature a large, though loosely tied bow at the front that reminded us of ensembles like Jennifer Lopez's Golden Globes look and Nathalie Emmanuel's printed bow at the Screen Actors' Guild Awards.

If Grande has taught us anything tonight, it's that if you can't decide between two ensembles, simply wear both.