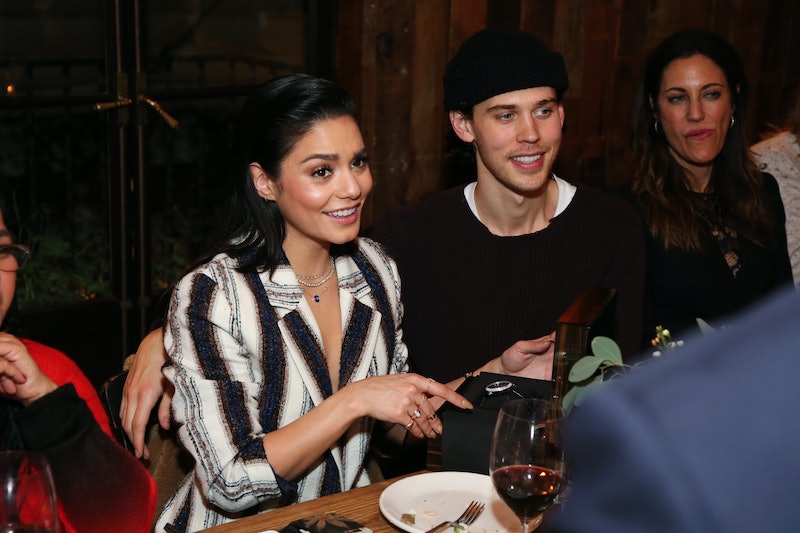 Both Vanessa Hudgens and Austin Butler have become household names in their own right, but the internet also can't get enough of their love for one another. Vanessa Hudgens and Austin Butler's relationship timeline spans over seven years, starting when they were most well-known for their Disney Channel credits, and it's filled with so many cute moments.

These days, Hudgens is a seasoned veteran of both the stage and screen, and Butler most recently appeared in Quentin Tarantino's film Once Upon a Time in Hollywood alongside big names like Leonardo DiCaprio and Brad Pitt. Even with their rising fame, however, the two remain just as smitten as they did on their first public outing way back in 2011.

Neither Hudgens nor Butler are shy about the public nature of their relationship, and support each other both online and in interviews. Just a quick scroll through Hudgens' social media reveals how deeply she cares about Butler, and it's adorable. Most recently, she shouted him out on Instagram after he landed the role of Elvis Presley for Baz Luhrmann's new biopic.

But when did these two fall in love with another? Here's a trip down memory lane to relive some of the best Austin and Vanessa moments.

More like this
Revisit 1992’s 'A League Of Their Own Cast' Photos After The New TV Series
By Grace Wehniainen
Amanda Seyfried Says She Felt Pressured To Shoot Nude Scenes At 19 Years Old
By Jake Viswanath
Jodie Comer & Tom Hardy Join A Motorcycle Gang In The Bikeriders
By Catharina Cheung
The Sean Bean Intimacy Coordinator Controversy, Explained
By Sam Ramsden
Get Even More From Bustle — Sign Up For The Newsletter