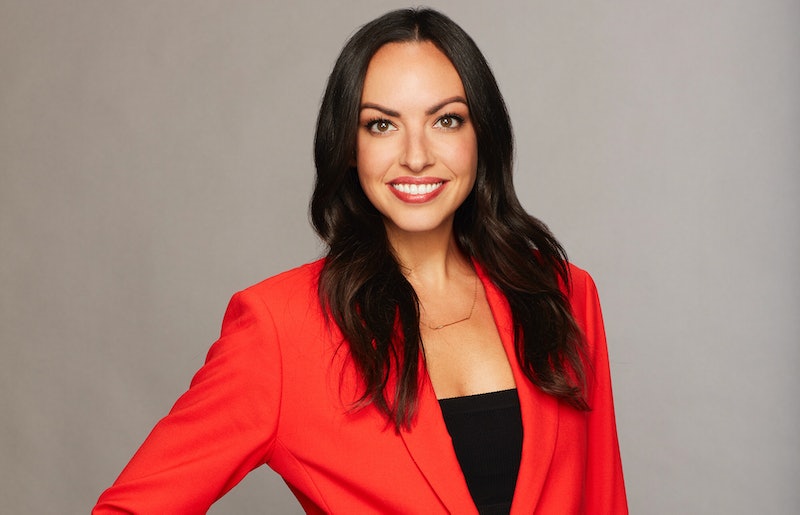 If you’re going to appear on national television in an attempt to find a husband, you’re definitely going to put some thought into first impressions. The women of The Bachelor are basically always stunning and stylish, but one in particular this year has a particular set of skills she’ll be putting to use. Bachelor contestant Tracy is a stylist, and she’s not messing around when it comes to fashion.

According to Cosmopolitan, the style guru’s full name is Tracy Shapoff, and she used to be the fashion and trend director for Sam Edelman shoes. Her LinkedIn page reveals that she currently works as a freelance stylist, has a degree in fashion design from Kent State University, and also had stints as an assistant designer at Golden Touch Imports, and a Trend Coordinator for Kohl’s. IMDB also has her listed as a stylist for the 2017 MTV series Undressed.

That’s quite a resume for someone who’s barely 30, and luckily for fashion enthusiasts, the outfits she has her fingerprints on pop up here and there on her Instagram page. According to her captions, she has had a hand in creating some pretty iconic looks for huge names in the past year or so. She helped style Constance Wu for Fashion magazine earlier this year, and assisted with Sally Hawkins’ and Octavia Spencer’s 2018 Oscars looks.

Cosmo’s piece states that Tracy runs a Tumblr account dedicated to documenting her various looks, but it appears to have since been deactivated or renamed since filming. Her own outfits crop up on Instagram too, though, and she tends to lean toward bold, colorful combinations.

Tracy is definitely making a name for herself in the styling world, but her trendy clothes aren’t the reason she’s been making headlines lately. Tracy’s been at the center of controversy before the Bachelor season even starts because of fat-shaming tweets from around 2009 through 2011 that fans were quick to dig up following her casting announcement. According to Us Weekly, they feature her calling multiple people fat, using the R-word, and shaming those who choose to have weight loss surgery. It didn’t look great.

Tracy has since apologized for her hurtful words in an Instagram post, saying she was “beyond mortified that I ever had those thoughts and then proceeded to express them. By no means does this reflect the person who I am today.”

Tracy went on to say in the statement that as she’s gotten older, she’s made a “conscious effort” to be more accepting, and wishes to use her stylist career as a way to help men and women feel beautiful in their bodies no matter who they are. She maintained that she didn’t defend her past words, but takes responsibility and hopes to continue to learn.

Though the tweets are disappointing, her apparent desire to grow is heartening — after all, as a stylist who will have to accommodate bodies of all shapes and sizes, there’s no room for small-mindedness or judgment.

As we all know very well by now, a hateful social media history doesn’t necessarily mean a quick boot from the show, especially when it’s discovered after production has been in full swing for a while. All we can do is hope that those involved in these scandals truly learn from their mistakes, and move on to be better people. Tracy might have done just that in the time since tweeting those sentiments, but the controversy ensures that her fashion choices aren’t the only reason Bachelor fans will be keeping an eye on her this season.