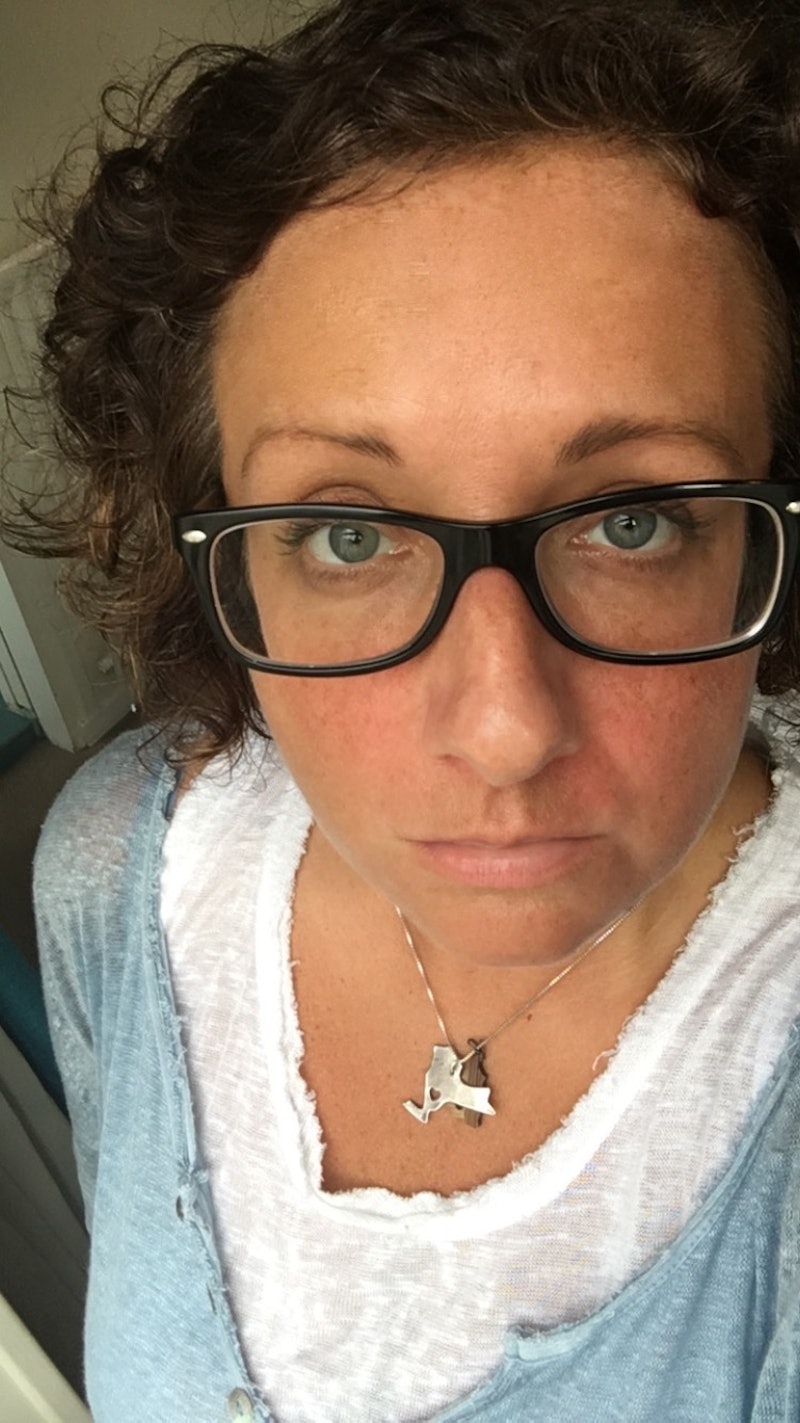 After years of flings, relationships, one marriage, and far too many friends with benefits, it’s time to take a break. And, after a messy, devastating end to a relationship this past summer, I’ve finally realized that being single is better for my mental health.

I was in my 20s when I was diagnosed with major depressive disorder or, as it’s more commonly known, depression. The official diagnosis came after a suicide attempt in 2005 — an attempt that followed something similar to what I experienced this past summer: an unexpected pregnancy and a devastating breakup. The only difference then was that I had stopped taking my antidepressants. I had been in New York City for a year at the time, was barely being paid minimum wage, and in my mind, scraping together enough money to go out drinking with my friends was far more important than scraping together money to pay for antidepressants.

After years of my family just dismissing me as being overly-emotional, I finally had a diagnosis. Everything made sense. How I responded to things, how I reacted to the actions of others, how I saw things as either black or white, how I could go from zero to 10 in my emotions in a matter of seconds, how I could feel nothing at all with no reason as to why — it was clear now. But it was that seeing things in only black and white that would carry over into my relationships with men. It’s hard to maintain a healthy relationship when you only see things in extremes.

But to love in extremes is exhausting. To need someone and want to be needed equally, takes a toll. And because of this, I usually end up sabotaging things.

These two extremes have created problems in the romantic relationships I’ve had during my adult life. When arguments arise, they really arise, because, yes, I am that person who’s going to throw a plate against the wall to make my point heard. When there are no arguments, I want to consume every ounce of the person I love, because even when they’re sitting next to you, with their legs draped over your lap watching a movie, it’s still not close enough.

But to love in extremes is exhausting. To need someone and want to be needed equally, takes a toll. And because of this, I usually end up sabotaging things. When I do, it’s never a clean break, a mutual goodbye, civilized with a handshake; it’s something else. It’s a mess. I refuse to keep my mouth shut, and I’ll be damned if I don’t have the last word. As my friend Lyndsay has said about me time and time again, “The problem is you always throw 20 Molotov cocktails behind you as you go, when zero Molotov cocktails would have sufficed.”

While I can hold my own as the messy breakup plays out, too angry to cry, too ashamed to admit defeat, if there is a defeat, when all is said and done, and there’s nothing to salvage from the relationship, I emotionally collapse. I invested everything I could in the relationship, really took the demise to epic proportions, then I find I have nothing left. I feel like I’m standing stark naked in front of strangers, numb, because I’ve exhausted both ends of the spectrum and all that remains is this heart broken woman who promised herself she’d never let this happen to her again.

Although I don’t know what it’s like to be in a relationship without depression, I imagine it would be different. Very different. My depression doesn’t define me, but it’s always there and has a major impact on what I do, say, and think. When it’s compounded with romantic relationships — and we all know relationships aren’t easy — a part of my brain is exacerbated by the struggles of trying to have a healthy relationship with as little conflict as possible.

Yet, when I’m single, there’s no drama, no bullshit, no doubts, no loving too much or not loving enough. I have no one to whom I feel obligated, no rules to which I need to play by, no overwhelming emotions on top of the emotions that I deal with on a daily basis. When most of your days are spent just trying to keep your head above water because of your depression and you’re in a relationship that needs to be fostered and cared for, it’s not easy. Of course not everyone with depression — and there are 300 million of us worldwide, according to the World Health Organization — sees or experiences relationships as I do, but I also don’t think I’m the only who feels this way either.

I have struggled to love and be loved. I’m difficult in more ways than one, and anyone who knows me well — friends and family alike — will attest to that fact. My now-deceased husband even said to me one night that there was a risk in loving me because I reminded him of a storm. But when I'm single it's different.

It’s only when I’m single, that I manage to keep my mental health and depression in check, at least to the best of my ability. My medication works better, because I don’t have external forces messing with my internal forces that are constantly trying to wreck havoc on my brain and heart, and I can see clearly, as I’m no longer part of the situation.

As I continue to make peace with recent events in my life, I can now say, without a doubt, that I’m at my healthiest, mentally and emotionally, when I’m single. Because of that, I’m going to ride this single thing out for awhile. I deserve to feel happy, as happy as I’m capable of being with my depression, and I don’t need romantic complications messing that up.

More like this
Tom Holland Explained His Social Media Break & Shared Mental Health Resources
By Grace Wehniainen
The Viral 'Little Miss' Franchise Is Focusing On Mental Health Next
By Darshita Goyal
Is It A Rebound Relationship Or The Real Thing?
By Carolyn Steber and Lexi Inks
Are Quality Time & Physical Touch Love Languages Compatible?
By Lexi Inks
Get Even More From Bustle — Sign Up For The Newsletter