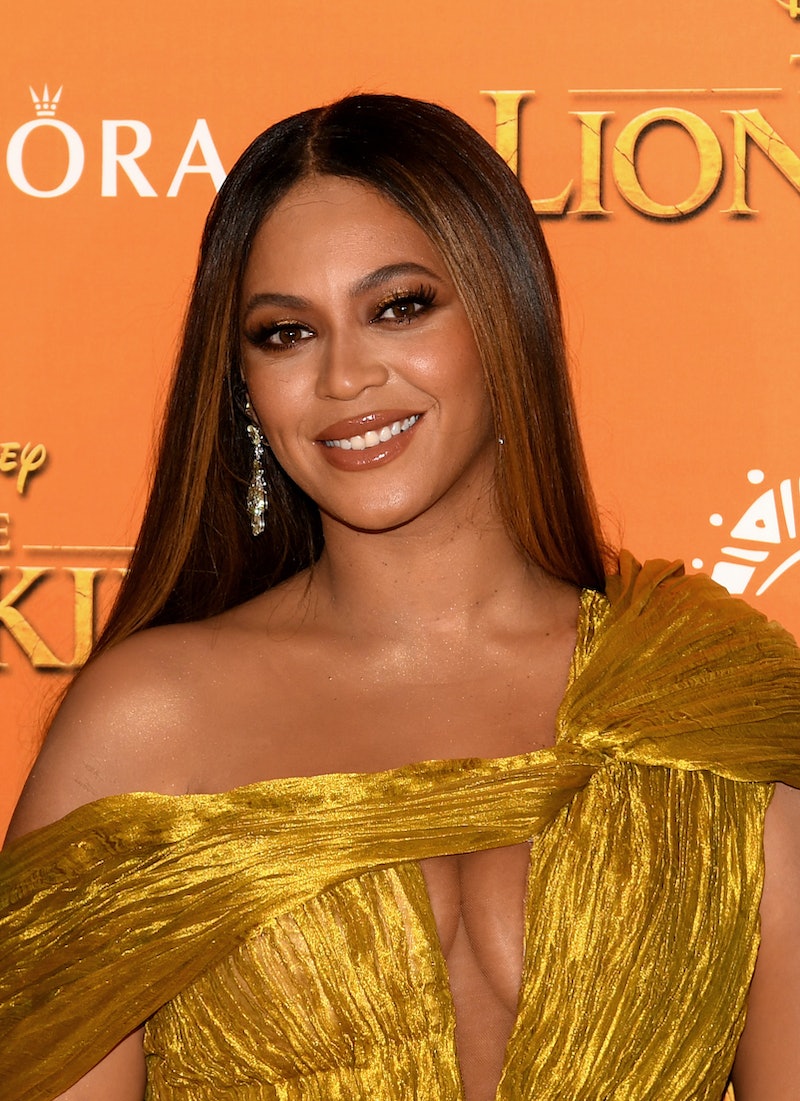 Is there anything that Beyoncé can't do? She breaks music records, voices beloved Disney characters, and now, she's taking over the Emmys — that much is clear after Tuesday morning's nominee announcement for the 2019 Emmy Awards. It's official: Beyoncé scored six Emmy nominations for Homecoming, her Netflix special that followed her performance at Coachella in 2018 in all kinds of categories. Then again, knowing the reception that the special got, is it any surprise?

It's a pretty impressive list, and it covers almost every aspect of Homecoming, from the costuming to the writing to the music. Beyoncé has a lot to be proud of — not that she didn't already.

One tweet from a fan pointed out all of the nominations, and it's hard to ignore the impact that Homecoming has had on TV this year. There's a pretty good chance that Beyoncé will be scooping up all kinds of awards... and hopefully, she'll find time in her busy schedule to appear at the awards in person.

Of course, Beyoncé is up against some pretty tough competition in these categories, since obviously, the Emmys are all about the best of the best. As far as writing is concerned, she's going up against comedians like Amy Schumer, Wanda Sykes, and Adam Sandler. And when it comes to costuming, she'll be facing off against proven mainstays like Dancing With The Stars, Saturday Night Live, and RuPaul's Drag Race, as well as the recent reality hit, The Masked Singer. It goes without saying that Homecoming can definitely hold its own, and it's exciting to know that it got so many nominations after it dropped on Netflix seemingly out of nowhere.

So far, Beyoncé has yet to acknowledge the nominations herself — and there's a very good chance that she won't make mention of it on social media until after she's actually won in these categories this fall — but Netflix is already celebrating, sharing the news on one of the streaming service's official Twitter accounts.

And of course, Queen Bey's fans are celebrating these nominations on Twitter, too, so even if Beyoncé herself never mentions it, she can probably consider the social media bases totally covered. Not only are they pointing out the social implications of her nominations, but also the fact that, with everything else she has going on in her career, this could end up being a huge award year for her.

The 2019 Emmy Awards will air on Sept. 22 on Fox, so we still have a couple of months before we find out if Beyoncé will clean up. But despite her worthy opponents, it's safe to say that she'll probably go home with at least one new award to put on her shelf — and hopefully kill it on the red carpet while she's at it.