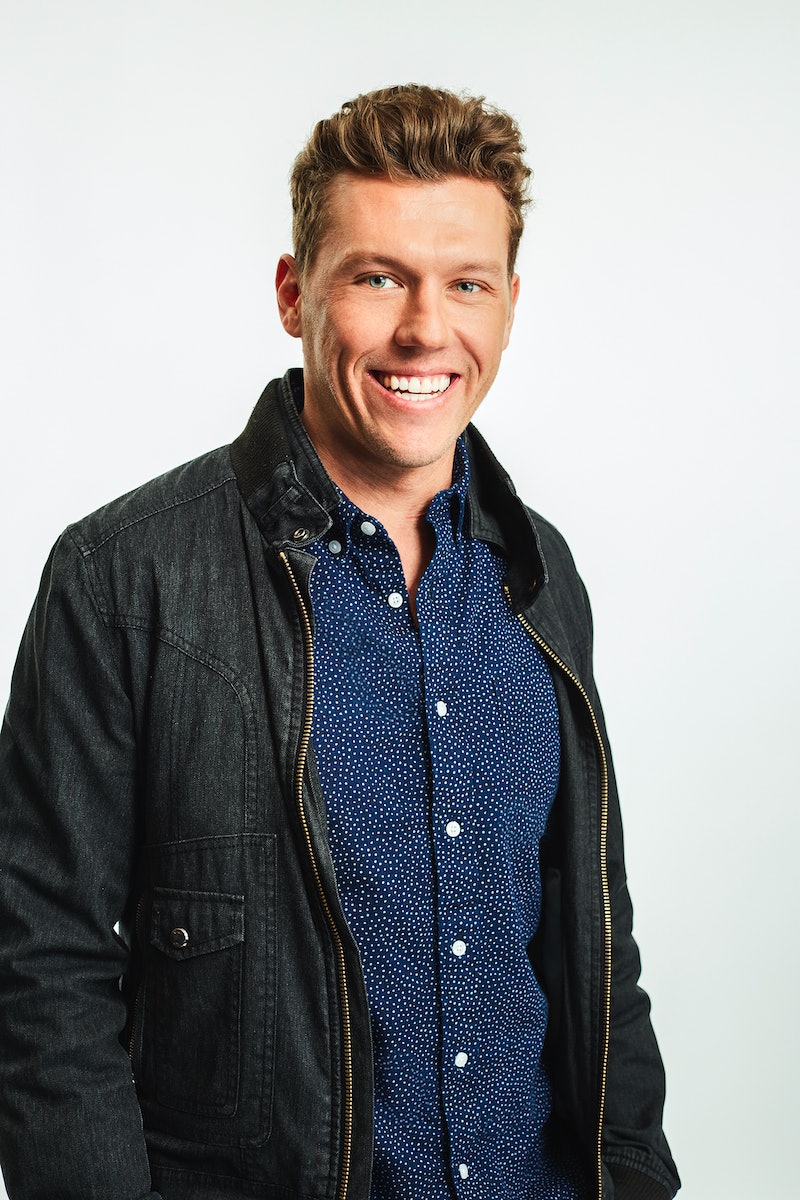 Since he walked into the mansion, Brandon from The Bachelor: Listen To Your Heart has caught the eye of several women. Among his love connections so far: indie rocker Mel Taevin and pop signers Julia Rae and Savannah McKinley (who accepted his rose in the second episode). "He’s a hot commodity right now," Mel, who's since gone home, noted in a confessional. "I think Brandon is a wonderful, amazing person. Like, I don't think I've ever met anyone like him."

Find out more about the 34-year-old singer-songwriter below.

Born in Kentucky, Brandon Mills' ABC bio lists Nashville, Tennessee as his current residence. He's a veteran of the U.S. Marine Corps, and found that "writing and performing music was a way for him to entertain and motivate the soldiers he served alongside." After returning from an overseas tour, Brandon discovered that "the love of his life had moved on without him" while he was away. Now, he's looking to start a new chapter with "an independent woman."

His specialty genre is listed as "American Folk Pop." Brandon joked he's "been getting down on some beats since before Pre-K," and he started playing saxophone in fourth grade.

"It took me a few years after leaving the service to reignite the artist in myself," he wrote on Instagram. Since then, one of his biggest gigs was opening for Jason Derulo at a launch party in New York City's Times Square in 2016. Over the years, Brandon has listed Ray LaMontagne, Sean Hayes, and Brett Dennen among his musical inspirations and heroes.

He's performed covers of "Two Coins" by Dispatch, "Lonely Boy" by The Black Keys, "Like Real People Do" by Hozier, and "Sideways" by Citizen Cope. In May 2016, Brandon filmed a music video for his song "Glistening" and dropped a single called "Autumn Wind" in July the same year. In November 2018, Brandon released an eponymous EP, and on April 21, he announced a music video for his song "Let's Go Get Lost."

In addition to music, Brandon's Instagram highlights his love of nature and outdoor activities, such as biking, kayaking, surfing, hiking, and yoga. The musician seems to be close to his family, and particularly his mother. "My story, my life, my music, it's all woven with strands of you," he captioned one post. "Thank you for showing me unconditional love when I needed it most. You're a rock star." He also called his two brothers the "greatest men" he knows, as well as his "best friends," "heroes," and "hood rat warriors."

Brandon referred to travel as the "best education [he's] every received" and credited it with opening his eyes, expanding his mind, and increasing his love. Among the locations he's posted photos from: Hawaii, Chicago, Malibu, Tulum, and Slovenia. His other hobbies include volunteering and visiting museums and art exhibits.

Brandon's often photographed with his guitar and has posted several pictures and videos in the studio and performing gigs. On his social media, he's promoted gigs all over New York City, where he seems to have lived for a couple years, as well as in New Jersey, Hawaii, and Miami, Florida.

Although he never called her his girlfriend, he seemed to be dating Laine Adley, a yoga instructor and fit model, in 2017. "This woman is amazing in every way," he posted in January 2017. "Watch out girls, she's taken." In March of the same year, he included her in a tribute to the women in his life (including his mom), and in May, he captioned a photo of them: "This girl got me like, woah..."

Hopefully he finds a partner to be just as enamored by during his time on Listen to Your Heart.

What is Brandon doing after the Bachelor: Listen to Your Heart?

Listen to Your Heart was filmed in January, and since then Brandon's been focusing on staying calm during the pandemic and reflecting on his Bachelor experiences, according to his Instagram. If his cryptic posts are anything to go by, he doesn't find true love on Listen to Your Heart. On March 11 he posted, "I'm absolutely flawed, I'm imperfect. As is my art and life... Now I'm working towards wholeness, not perfection. There is beauty in the flaws."

It also seems like he's still single and sheltering in place solo. On April 10, he posted that isolation could be "an enormous opportunity" to reflect and make a "new priority" for his life. Then on May 1 he posted, "Becoming better than the man I was yesterday, in whatever small way."

Brandon may not have found the love of his life on Listen to Your Heart, but it sounds like now is the perfect opportunity for him to pour his heart and soul into his music.