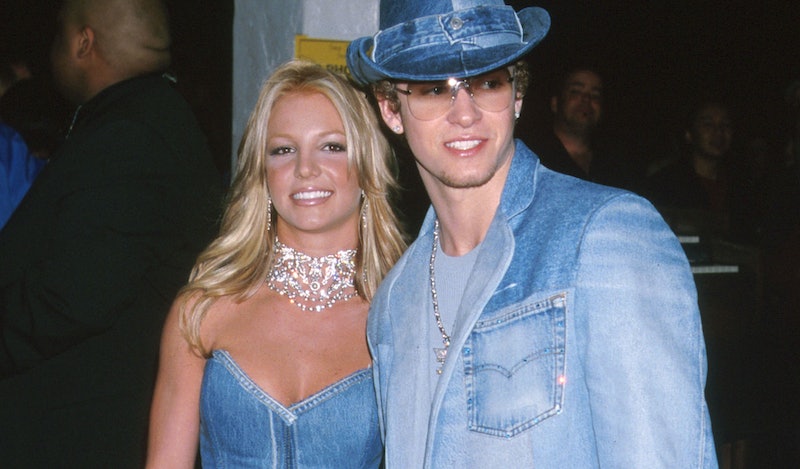 The early noughties called. They want their iconic denim-clad relationship back. Well, that's never going to happen, but news that Britney Spears mentioned Justin Timberlake in an Instagram post may certainly bring a smile to your face.

In one of her now-legendary dancing posts, Spears chose Timberlake's song Filthy as her backing tune of choice. Obviously aware that Timberlake's dulcet tones would drive fans wild, choosing his music in these uncertain times is kindness in its truest form.

Spears captioned her post explaining that she's currently flirting with new social media platforms, stating, "This is my version of Snapchat or TikTok or whatever the cool thing you're supposed to do these days!!!!! As you can see I’m not really dancing folks …… I’m just very bored."

Tedium really is a problem of our times and giving the people what they want, in terms of something to gossip about, is absolutely everything. Acknowledging their break up being two actual decades ago (feel old yet?) she added, "PS I know we had one of the world's biggest breakups 20 years ago …… but hey the man is a genius !!!! Great song JT !!!! Pssss if you KNOW WHAT'S GOOD!!!!!!"

For a lot of us, the Britney and Justin years are some of the most iconic in modern music history. Apart from their beautiful history growing up with each other on the Mickey Mouse Club and that shot of Timberlake's reaction to her kissing Madonna at the VMAs — their combined wardrobe is a love story in itself. The reality is, however, that both Spears and Timberlake are in both committed relationships. Spears is in a LTR with personal trainer Sam Asghari and Timberlake is married to actor Jessica Biel.

As the world is slowing down and we all find ourselves with too much free time on our hands, a lot of us are reaching out to our exes. Is it a love thing? Is it reminiscing? Is it good old-fashioned boredom? Whatever it is, I can only hope that more celebrity exes reach out to each other and make it public. My fingers are and always will be crossed for Brad & Jen.