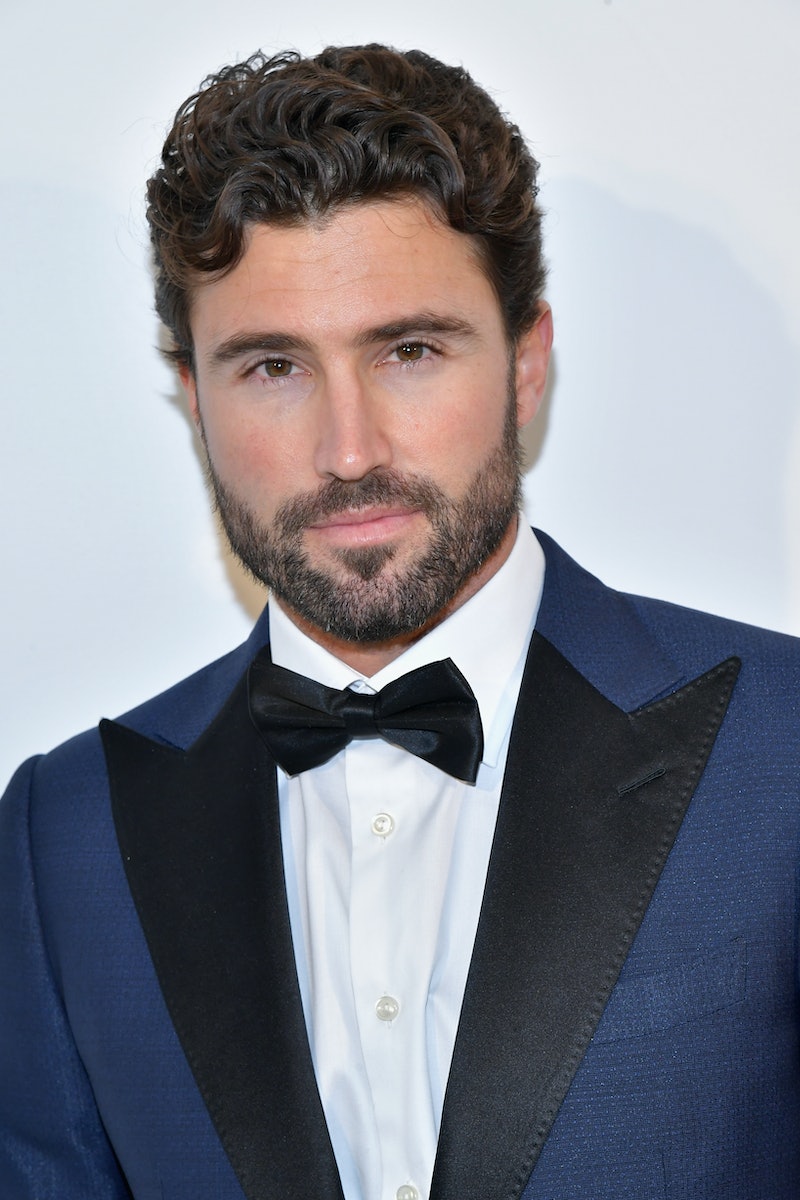 It seems like there are new developments in the Khloé Kardashian and Tristan Thompson breakup everyday. Thankfully, the latest "news" is somewhat positive. Brody Jenner commented on Khloé's recent split and offered his former stepsister support in a Feb. 24 interview with Us Weekly.

He told the publication,

"Khloé is a great person. Nobody deserves that. I will say, though, he did it once, so she probably should have left him then. To have that happen again … yeah, of course I feel bad for her."

By "nobody deserves that," Brody is unfortunately referring to the NBA player's latest cheating scandal. This time around, there are rumors that Thompson cheated on Khloé with her younger sister Kylie Jenner's BFF Jordyn Woods, as first reported by Hollywood Unlocked and TMZ last week. (Bustle previously reached out to reps for Thompson, Khloé, and Woods, but did not hear back.)

The rumored "makeout" went down at a Los Angeles house party on Feb. 17, according to Us Weekly. As of this moment, no one involved has confirmed the reports. However, there have been some pretty telling social media hints. Kim Kardashian and Kourtney Kardashian unfollowed both Thompson and Woods on Instagram. Meanwhile, Khloé unfollowed Woods, but is still following Thompson. Kendall and Kylie Jenner are not following the Cleveland Cavaliers player on Instagram either. Khloé's best friend Malika Haqq unfollowed both of them.

Not only that, but Khloé and Haqq commented on an Instagram post from Hollywood Unlocked about the rumored infidelity. Haqq responded, "STRONG FACTS." Family friend Larsa Pippen also commented, "Amen." Meanwhile, Khloé's response was a little more mysterious with some shouting emojis.

On top of that, Khloé has posted some emotional quotes on her Instagram Stories recently. On Feb. 19, the day the story began circulating, she shared a quote about still wanting the best for someone even after they've wronged you.

That same day, she shared another quote about considering a friend of over seven years to be a family member. Could this be about Woods? She's been around the Kardashian/Jenner family for so long.

Then on Feb. 24, Khloé took a page out of Kim's book and referred to someone as a snake in her Instagram Story. She didn't say explicitly who she was shading with this one, but it could be applicable to more than one person.

Earlier that night, Khloé posted, "People reveal themselves through their actions." Once again, she didn't mention any names.

Khloé hasn't tweeted anything about this situation, but her recent "likes" are pretty telling. One fan told Khloé, "dont let anyone ever say this is your fault!. He is a sick man and if its true, then she is a terrible woman, both terrible people that do not deserve your love. TRUE does and ur doing great showing her that love."

Another Twitter user wrote, "I spoke to Khloé on IG DM and she wanted me to let you all know that she loves us all and that she can’t 'thank God enough for each and everyone of [us]'. I notified her that I’m here to pass this message along."

Did Khloé "like" these tweets to thank some fans for support, or as a confirmation of the rumors? Both are possible.

And on Feb. 21, Kim referred to her sister as a "single mom" in response to a fan who questioned Khloé for following through on a work commitment the day after the rumors became public. Kim wrote in Khloé's defense,

"Would you prefer she lose the too? A single mom has to work too boo! This was a professional commitment planned far in advance and you better believe she is not waiting on anyone to pay her bills or provide for her daughter. PERDIODT!!!"

For her part, Woods has remained relatively tight-lipped. She hasn't posted anything on social media. On Feb. 21, Woods attended an event to launch her false eyelashes line with Eylure in Hollywood, California. According to Entertainment Tonight, Woods told the crowd,

"Thank you guys for coming out and supporting me through everything that’s going on. It’s been real, and Eylure has been super real with a project I’ve been working on for over nine months right now."

Aside from Brody's recent comments and a few hints on social media, no one in the Kardashian/Jenner circle has publicly acknowledged the cheating claims. However, the one thing they've all been very clear about is their support for Khloé.