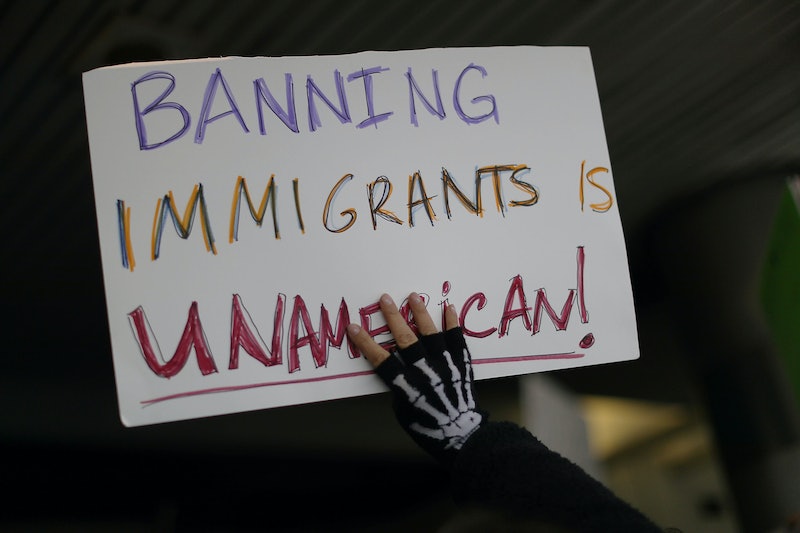 For once, the country got good news on Thursday. The restraining order on Donald Trump's infamous travel ban stood up in the 9th U.S. Circuit Court of Appeals, and the president is fuming. He hasn't been dealt a final loss in this case, however. The travel ban can still be reinstated — but the only way that's even remotely likely to happen is if the case goes to the Supreme Court, and they rule in the government's favor. Before you get worried, though, there are a lot of steps that would have to happen before that even becomes a possibility.

The reason the federal appeals court took up the case was that district court Judge Robart in Washington had placed a temporary restraining order on the executive order. This meant that parts of it could not be enforced, which the government was obviously not pleased with. They requested an emergency stay on the restraining order so that it could be enforced, which the appeals court denied. This latest ruling was deciding whether to uphold the Washington judge's temporary block, so now the question of whether to make the temporary restraining order more permanent will actually go back to him. If he issues what's called an indefinite injunction on the ban, then it's likely that the government will appeal it all the way to the Supreme Court.

However, if he issues an indefinite injunction, that essentially means that he finds it to be unconstitutional. And since that's the measure that the courts use, an indefinite injunction would be pretty damning for the ban. The government would inevitably appeal it, and assuming the appeals court would make the same decision as they did on Thursday, it would then go to the Supreme Court.

The thing about the Supreme Court right now is that it's short a justice, and the ban is unlikely to get the support of more than four justices — which would result in a 4-4 tie. And when that happens, the decision of the lower court stands. And the lower court in this case would be the 9th U.S. Circuit Court of Appeals — and we already know what they think about the ban.

To sum things up, yes, technically, the travel ban could be reinstated, but that would basically only happen if five Supreme Court Justices were convinced of its constitutionality. It's very likely that neither side will drop the matter until the Supreme Court makes their ruling, so for now the country will just have to wait, watch the proceedings, and see how they go.