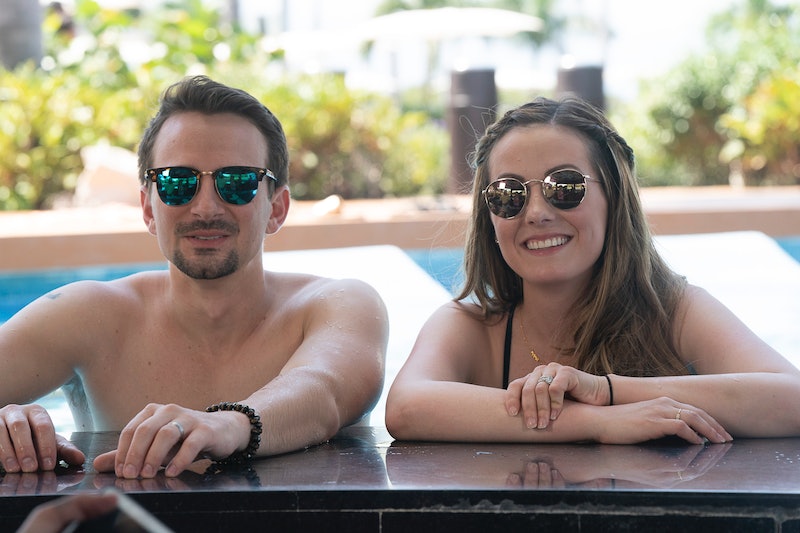 Aside from the Bachelorette herself, Luke P. has been the most-talked about person on Hannah's season. Recently, Bachelor franchise alums Carly Waddell and Evan Bass discussed Hannah keeping Luke around on The Bachelorette and why they think he's stayed on this long.

In a June 8 interview with Hollywood Life, Carly began to explain, "I think we see the Bachelorette fall really quickly for somebody at the beginning." The Bachelor in Paradise alum continued,

"That’s why I think the first impression rose... those people end up really far because [the Bachelorette has] already decided… I really like this person. And they keep those feelings going."

Even with blatant red flags, Luke P. is still on this show. It's both surprising and not. Yes, the first impression rose recipients usually go far on this show. In fact, the first impression rose recipient got the final rose on the last four seasons of The Bachelorette. Still, Hannah and Luke have serious talks about how he's offended her in pretty much every episode, so why is he still here?

Carly shared similar sentiments about Hannah being stuck on her first impression rose pick during a conversation with Lauren Zima on Roses and Rosé Live. She remarked, "I think she's just stuck on what she first liked... She said, 'I see good in you.' That's where she's stuck, but there's like, 5% good, and the rest, crazy."

Even though Carly understands why Hannah might have continued a relationship with Luke P., she also called him a "a horrible monster man." Evan chimed in to discuss Luke P.'s objections to Hannah's near-naked bungee-jumping date with Garrett. Evan declared, "There's so much wrong with that conversation." He added, "Like, he doesn't get to say that. He can't say that stuff. That's ridiculous."

Evan admitted, "I just wish she would get rid of him. Although the question is, if she got rid of him, what would this season be like? Super boring!" That is so true. What else would viewers talk about? This season of The Bachelorette has turned into The Luke P. Show.

In the same interview, Evan also joked, "We can't judge his intentions — I mean, we can, and we will on Twitter, of course — but still, everything that comes out is just so manipulative."

And, yes, just like everyone else who's watching, Carly and Evan have both tweeted about Luke P.'s antics. During the July 1 episode, Carly expressed her frustrations with Hannah and Luke's relationship. In all honesty, her tweet was a lot nicer than what other fans wrote, even her own husband. She said, "OMG STOP SMILING AT LUKE. I CAN NOT DEAL WITH IT ANNNNNYMORE."

Evan made it clear that he was not a fan of Luke's during the very first episode of the season, tweeting, "CAN SOMEONE TELL ME WHY I DISLIKE LUKE SO MUCH."

He always keeps it real in his tweets (and in general). On June 11, Evan said that if Luke P. left the show it would result in "elation."

Evan also questioned Hannah's decision-making after she gave Luke a rose during the July 1 episode. He wrote,

"Y’all can we call a doctor for Hannah’s 'gut' - it’s clearly broken and now we have yet another insufferable Luke P week to not look forward to. I would all caps this but I’m just worn down..so tired. Need bachelor in paradise now please."

Even though Luke does give everyone something to talk about, Evan and Carly are ready to move on from discussing Luke to watching an actual love story unfold — and so is the rest of Bachelor Nation.