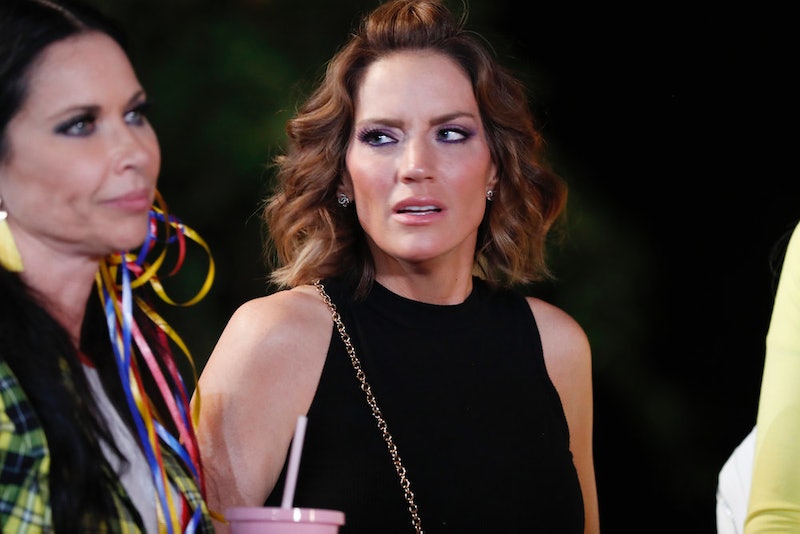 Cary was a main player in the drama of Seasons 1 and 2, but in Season 3, something seemed to shift with her. There’s always fighting on Real Housewives Of Dallas, but in Season 3, Cary kind of refused to get into the middle of it. She stayed on the sidelines of all the hooting and hollering, and she really didn’t want to take sides in it all. Unfortunately, taking sides as a Housewife is basically in the main job description, so it’s no surprise that Cary reevaluated and opted to take a step back on the franchise.

“I will be returning to RHOD as a friend this season,” she told Us Weekly. “Our practice has grown so much that I need to focus on managing what we built at Lemmon Avenue Plastic Surgery & Laser Center.  I’m also working on a new project that I’m super excited about and hope to share with you soon.” It's a respectable position to take, because listening to all of those women fight day in and day out has to be exhausting after a while.

Besides being a Housewife, wife, and mother, Cary works at her husband, Marc's, plastic surgery practice, as she said, assisting Marc and working with her own patients for injectables, Botox, and the like — according to People the practice’s injectable business brings in about $30,000 a day. And Cary is capitalizing on all this with her new show, Plump It Up, by Minted Media — she posted a video teasing the series right after the announcement that she would only return as a friend.

Honestly, it makes sense to combine her practice with her reality TV stardom — it’s kind of a one-and-done for her projects. There's no news of an air date or TV network yet for Plump It Up, but Bravo — doesn't this sound like something that would perfectly fit in your wheelhouse?