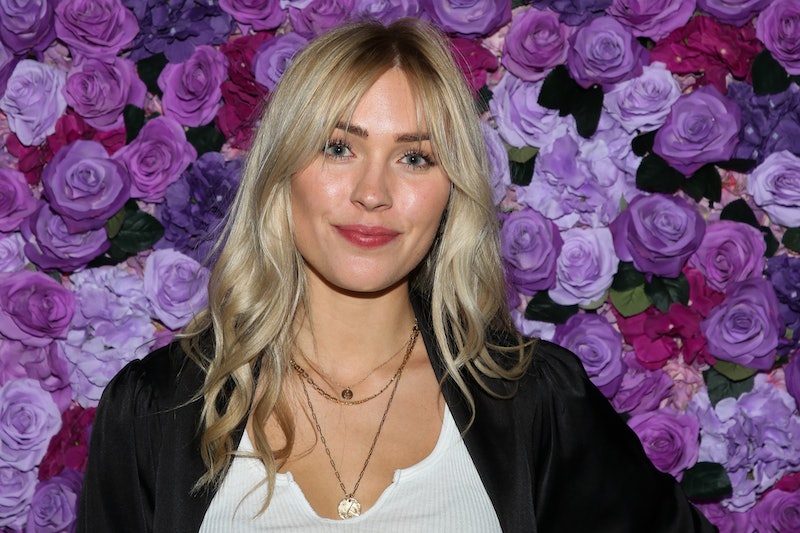 Cassie Randolph wants everyone on social media to keep their comments about her personal life to themselves. After taking a month-long break from Instagram, the Bachelor alum returned to social media with a very personal post on Wednesday, July 1. Cassie opened up about her "awful" split from Colton Underwood in the candid post, noting how difficult it is to be going through something like this in the public eye.

The graduate student began her post by revealing that she never intended to be a celebrity, and that she's been struggling to balance being a public figure with staying true to herself. "The last 2 years I’ve been thrust into a spotlight after living a fairly normal life," she wrote. "Since then, I’ve been trying to learn how to navigate my life changes while also trying to cling to who I am." While she originally thought that "having a platform would give me a voice," Cassie revealed that she often finds it "paralyzing" being an influencer. "It takes really thick skin to navigate constant drama, fake articles, nasty DMs & comments or rumors started by people who feel entitled to your personal life," Cassie wrote.

"It takes incredible mental strength to shrug off strangers who regularly criticize your character based on conclusions they drew while watching an edited tv show," she continued. The former Bachelor contestant also revealed that there has been an uptick in mean comments and negative attention in the wake of her recent split from Colton. The two called it quits after a little over a year together.

"I feel like saying: ok all you mother ffers hating on me for my breakup-please stop," Cassie wrote. "It’s been an awful few months for ME trying to go thru it. I’m STILL going thru it. It’s hard enough [with]out your know-it-all comments. You literally know nothing so go away." Due to the stress of dealing with so many negative comments — and her guilt over posting about herself "when there are truly critical issues in the world right now" — Cassie revealed that she "decided (against advice) to cancel contracts & delete Instagram for 30 days."

During her social media break, Cassie says that she learned the importance of living in the moment, and being a little bit easier on herself. "We all have struggles to figure out. All we can do is the best we know in the moment so when we reflect, we don’t feel regret," she wrote. She ended her post by sending her gratitude to "the majority of u who’ve been kind & sent concerned messages. It means more than u know."

After meeting on his season of The Bachelor in 2019, Cassie and Colton dated for about a year and a half, before the couple announced in May that they had decided to break up. In her Instagram post announcing the split, Cassie wrote that it was "one of the hardest things I have had to share," and that she wasn't totally ready to talk about the breakup yet.

"Colton and I have broken up, but have decided to remain a part of each others lives," she wrote. And they have — Colton and Cassie even got matching tattoos. As for how she's moving on now, she's keeping that to herself