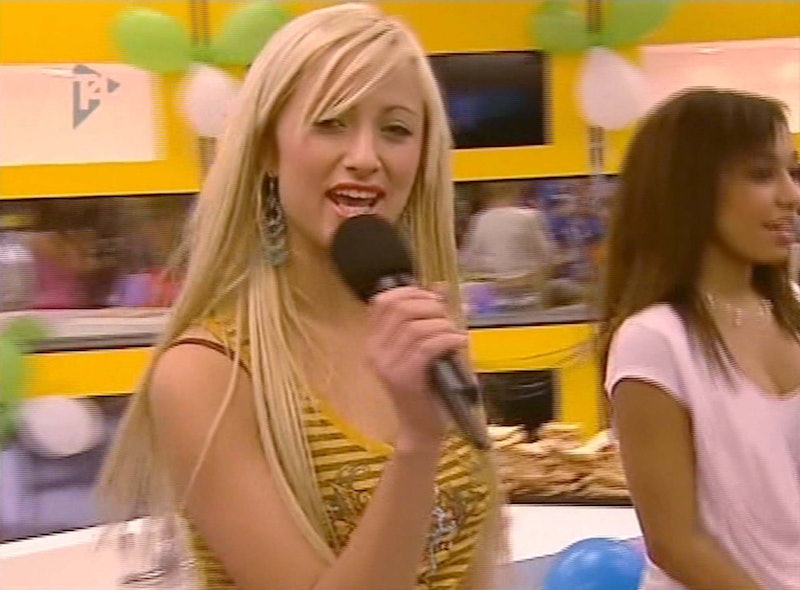 The perfect accompaniment to your quarantine, Tiger King is the wacky documentary that’s sweeping the internet faster than you can say “Hey all you cool cats and kittens.” But UK viewers of the show were surprised to spot a rather unexpected face in the Netflix series after Celebrity Big Brother star Chantelle Houghton made a surprise appearance in Tiger King.

A former glamour model, Houghton rose to fame in 2006 as the first “non-celebrity” to appear on Celebrity Big Brother, going on to win the show and being a tabloid staple ever since. But following her second appearance on the UK reality series in 2010, the Essex native began working with animal rights charity People for the Ethical Treatment of Animals (PETA).

According to OK!, the 36-year-old posed with a hot dog in her underwear to convince people to give up meat for their ‘Fight Impotence, Go Vegetarian’ campaign.

Now, if there’s one thing we took away from Tiger King, it’s that private zoo keeper Joe Exotic *really* doesn’t like animal rights activists. As one of the leading lights supporting the campaign to ban the ownership of big cats, the Netflix documentary shows PETA’s global protests against the practice and who should eagle-eyed viewers spot in the show, but Houghton.

As per The Sun, the footage used comes from 2011 and shows the model posing in her underwear while decorated with tiger striped body and face paint to oppose the private ownership of and ability to profit from wild cats.

In one shot, Houghton is seen behind the bars of a cage, while another show shows her standing outside the Houses of Parliament in her big cat get up while holding a sign reading: ‘The cruellest show on Earth: Ban wild animals in circuses.’

Still a supporter of PETA, Houghton saw the positive side in her appearance on Tiger King, writing on Instagram: ‘Just another normal day, casually making an appearance on Netflix’s TIger King.’ Adding animal and elephant emojis, she continued: ‘We HAVE to STOP animal cruelty @peta #animalcruelty #stop #love.’

More like this
After The Bling Ring, Nick Prugo Was Embroiled In Another Scandal
By Arya Roshanian
Only 3 'Married At First Sight UK' Couples Are Still Together
By Bustle UK
Molly-Mae Hague & Tommy Fury Celebrate Pregnancy Reveal In The Sweetest Way
By Sophie McEvoy and Sam Ramsden
A Former 'Strictly Come Dancing' Pro Permanently Joins 'It Takes Two' Spin-Off
By El Hunt and Sam Ramsden
Get The Very Best Of Bustle/UK