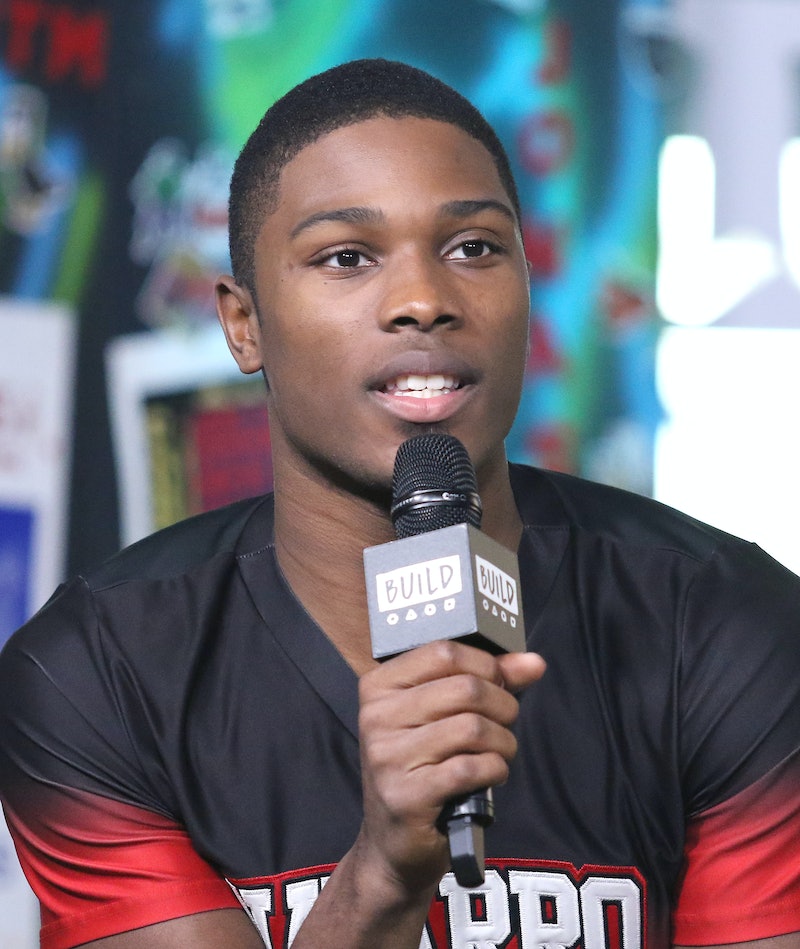 One of Navarro's standout cheerleaders really is back and better than ever. Streaming the Netflix docuseries Cheer inspired La'Darius Marshall to improve himself, he revealed in a Thursday, Jan. 30 interview on BuzzFeed News' AM to DM. The beloved Navarro "stumbler" explained he felt he was portrayed accurately in Cheer, but that he's since "grown from this show." As Marshall elaborated: "Just watching myself like, 'Ooh, this is not how I really want to be as a person.'"

While he won over viewers with his larger than life personality, fans might also remember a particular squabble Marshall had on Cheer with Allie Ross, who'd struggled to land a stunt during their high-pressure practices. In an episode, he said that his teammate had the ability to pay for "all this private stuff" and cheer on the top teams. "People don't have that — and I'm one of those people," he said. "So when I come here, I expect you to give 110% just like I'm going to give 110%."

"It was better that I saw it for myself, because then I could see what Monica was talking about," he explained on AM to DM of his coach's tough love after he'd noticed himself "snapping" at certain people. "You know, honestly, it's not about changing — it's about improving myself."

No need to worry about any of the changes dulling his shine, however. "I'm going to always be crazy," Marshall assured viewers during the joint sitdown with coach Monica Aldama and teammates Gabi Butler and Jerry Harris. "But I'm not always going to be snapping so quickly, because I'm working on it."

Those lessons should come in handy now that it seems Marshall is back cheering at Navarro. Although he'd been taking classes and coaching a team in Mississippi, he revealed to Esquire in an interview published on Jan. 24 that he'd decided to come back to Navarro and had officially moved in this semester. He also noted that the current semester will be his last.

Days earlier, Marshall hinted at his possible return in a Jan. 18 Instagram photo with Jerry, as well as fellow team members Lexi Brumback, and T.T. Barker. "Guess who is back and better than ever 🖤 see you @theellenshow next week.... God is so good," he captioned the shot, adding the crystal ball and prayer hands emojis.

Prior to the news of his return hitting the web, Marshall noted in a Dec. 6 IG post that "2020 will be full of blessings in Mississippi." While that may very well be the case, it seems that all roads lead back to Corsicana, Texas, and he'll first be back on mat at Navarro. Now in new and improved form, it seems the sky may just be his limit, too.