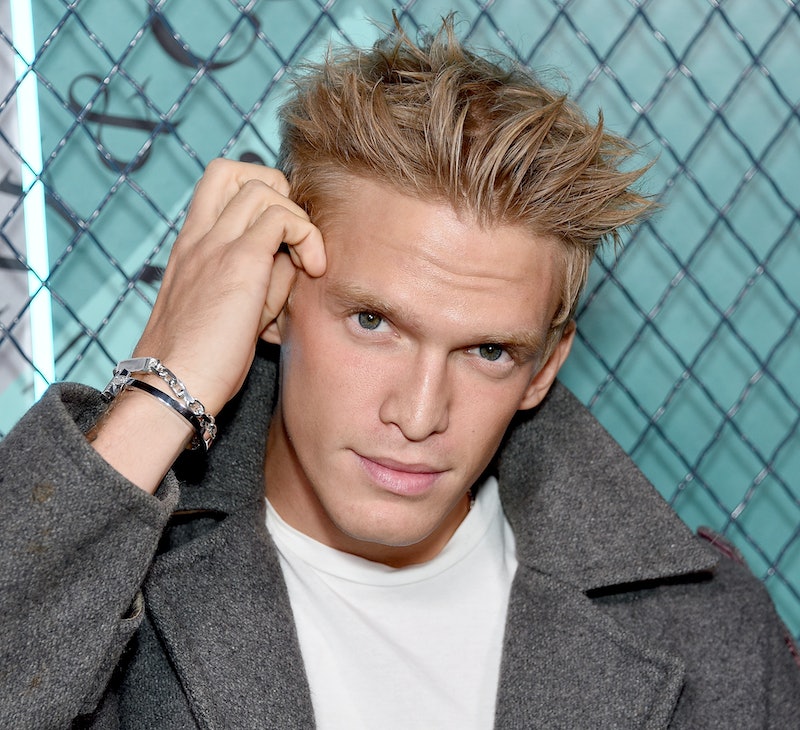 They've only been together for a few months, but these two singers are about to make (and release) some beautiful music together. During a recent interview with E! News, Cody Simpson teased a possible collaboration with Miley Cyrus, revealing that he and his girlfriend are planning to make an entire album together. Though the Australian singer didn't offer up any concrete information about an upcoming collaboration, he did reveal that the pair have been working on something together recently.

"Yeah definitely. We're looking at [collaborating]," Simpson said at the 2019 GQ Men of the Year party on Thursday, Dec. 5. However, based on his comments, it sounds like he and Cyrus have grand plans: "We are getting all the songs down and then seeing who would make sense for what," he continued. "It's going to be cool. It's going to be pretty much a rock album. A lot of guitar."

It's unclear whether or not any of Cyrus and Simpson's collaborations will make their way onto the former's upcoming album, She Is Miley Cyrus. Cyrus first announced the project back in May, when she released a six-song EP, She Is Coming, which featured the songs "Cattitude" and "Mother's Daughter." According to Rolling Stone, the singer was planning to release three EPs over the course of the year, with each installment representing "a different chapter to a trilogy."

Cyrus herself confirmed that plan in a May post on Twitter, where she revealed that She Is Coming was "the 1st of 3 drops!" The singer added that each installment will be "6 songs, 3 EP’s ! SHE IS COMING / HERE / EVERYTHING all to make up 1 album #SHEISMILEYCYRUS." In August, shortly after Cyrus split from husband Liam Hemsworth, she released the song "Slide Away," about their breakup, though she didn't note whether or not the track would be included in her planned trilogy.

The singer shared social media posts from the studio over the summer and fall, but it seemed like her plans for a finished album were postponed after the singer was hospitalized due to tonsilitis in October, and then underwent vocal chord surgery for an unrelated issue on November 10. Per People, Cyrus had to put recording and performing on hold, pushing the release date of She Is Miley Cyrus, though a source told the outlet that Cyrus "will be back and better than ever early next year."

As it turns out, Simpson — who has been by Cyrus' side throughout her hospitalizations and recovery — is also planning to release new music in 2020, though he declined to reveal whether or not his girlfriend would appear on his upcoming album. "[I'm] working on a project at the moment and recording throughout the holidays and should have an album out next year," he told E! News on Dec. 5.

In October, Simpson gave fans a taste of his new music by releasing "Golden Thing," a song inspired by Cyrus, and which he serenaded her with in the hospital. "I wrote her a song this week that she’s pretty much forcing me to put out," Simpson told People ahead of the single's release. "She was like, 'If you don’t put this sh*t out, I’m putting it out on your behalf for you. I’m getting your Spotify login and doing this sh*t myself.'"

Whether or not Simpson and Cyrus do end up releasing an album together, it's clear from both of their comments and social media posts that they find their relationship — and one another — to be incredibly inspiring.