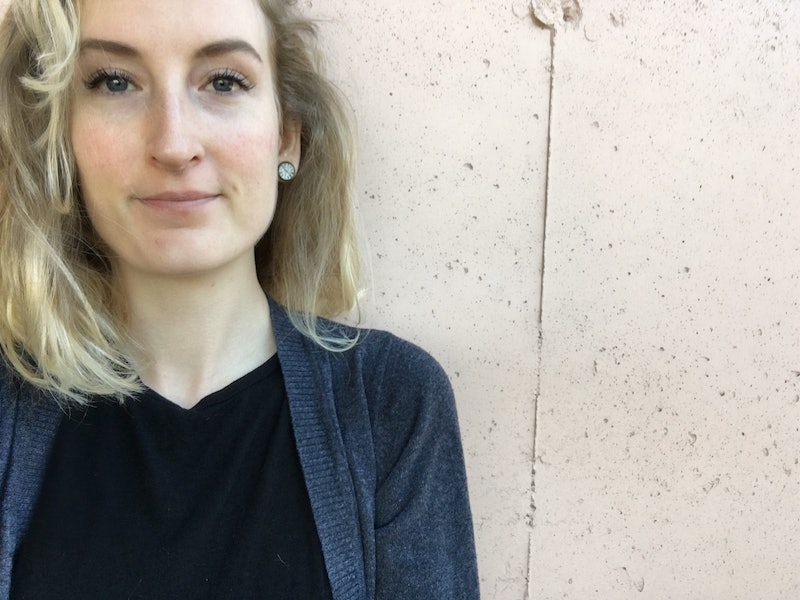 Two months ago, I officially came out as bisexual on the internet. I wrote about a few of the things studies can tell us about bisexual women, (we smoke the most weed, we’re particularly susceptible to mental illness, etc.) and I posted it on Facebook. I’d written about being queer before, but this was different. This was the first time I’d posted an article specifically about being bisexual where my family and friends could easily access it. (I don’t think any of them were terribly surprised, but it was still a big step for me.) Fortunately, almost everyone has been pretty cool with me since I shared that article. Unfortunately, some of the things I’ve heard since I came out as bisexual truly bum me out.

To be fair, I’ve said a lot of dumb things about bisexuality in the past myself. If I weren’t taking a break from dating right now, I would absolutely be open to dating a kind, attractive, sexually-generous bisexual dude — but I haven’t always felt this way. In fact, I used to tell my friends that I wouldn’t feel comfortable dating a bisexual man. I realize how messed up that was now, but it took me time to get to this point. I don't have my sexuality all figured out yet, either — it's possible that I never will. So trust me, I know how confusing bisexuality can be.

Confusion isn't an excuse to say ignorant things, though. So maybe don't say these things to a bisexual woman — because I know I'm already sick of hearing them.

"But You Used To Say You Were Completely Straight!"

When I first started talking to my mom about being bi, she would say this a lot. She wasn't wrong, either. I used to say that I was 100 percent straight, and I thought I meant it. But I've realized over the years that this has never really been the case. It's taken me some time to accept (much less embrace) it, but I think my sexuality has always been fluid. It's true that I'm not always attracted to men and women equally, but I've had sexual crushes on women since I watched Halle Berry star in The Flinstones back in 1994. I enjoy messing around with women, and my first wet dream featured Lady Gaga going down on me. (She was in costume the entire time. It was awesome.)

Even if my attraction to women were a new thing, though, that wouldn't make it any less valid. Studies show that women become more bisexual as they age. So not only is it uncool to say that I can't claim bisexuality just because I used to identify as straight, it's scientifically inaccurate.

"Have You Ever Dated A Girl?"

I'm not saying this question should be totally off-limits. I mean, if you're talking to someone about any aspect of your dating life, then it's not unreasonable for them to ask you about your exes. That said, when this is the first thing someone asks me after learning that I'm bi, it feels kind of sh*tty. Maybe I'm projecting, but when I hear these kinds of comments, it feels like my sincerity (and my identity) is being questioned. Since it's not easy to come out in the first place, I really don't love it when my vulnerability is met with skepticism.

I get it, you're straight! Can you really not imagine what it's like to be attracted to the same sex, though? If you've felt attraction to a person of the opposite sex before, then you should have the general concept of sexual attraction down by now. (You know: butterflies, hornyness, passion.) Whenever someone suggests that bisexuality is completely unfathomable to them, they're perpetuating the idea that my sexual orientation is unnatural or unreal. Reasonably, I find this upsetting.

If you're actually curious about bisexuality, then say so. I'm an intensely curious person, and I actively encourage curiosity in others. (Walt Whitman's quote: "Be curious, not judgmental," basically sums up my philosophy on life.) However, if you're just looking for a way to tell me that you're straight AF, then you probably don't need to say anything.

I have Christian friends who openly love, support, and trust the LGBTQ community. Also, I think it should be noted that not all Christians believe being queer is a choice, a sin, or anything to be ashamed of. That said, I've lost track of how many times a Christian has tried to validate all their weird heteronormative bullshit by citing scripture at me. It sucks for so many reasons.

To be fair, I'm all too familiar with the power of indoctrination. I know from personal experience that religion can lead you to think and say ridiculous things. Plus, The Church has historically repressed human sexuality — and sexual repression f*cks people up. When I first started questioning my sexuality, it mortified me. I hit the guilt/shame/fear trifecta around 18, and I stayed there for a minute. It's not easy to question what you've always thought to be true, and I get that.

Still, I've said it before and I will say it again: the Bible isn't a valid reason for supporting anything unless you're a practicing Christian. Not only is this a hurtful thing to say, it doesn't apply to me personally. I don't take the Bible literally, and I haven't been a practicing Christian for many years. Other than the whole "love your neighbor" bit, I don't live my life according to the Bible's version of right and wrong. You will never convince me that my sexuality is wrong because that's what "the Bible says." Please, stop trying.

Only people who know me well say this to me, and it's never said with a hateful tone. I still don't enjoy hearing it, though. In addition to being a colossal bummer, comments like this one just aren't necessary. I've known my dad for my entire life, so I know exactly how he feels about same-sex relationships. On top of that, this statement makes me feel like I'm a bad daughter for even considering dating a woman when I could just as easily date a man.

I love good men, and I could very well end up in a lasting relationship with a man someday. But if I happen to fall in love with a kind, smart, hardworking, and sexy woman who likes making me come, then I'm going to allow myself to get serious with her. If my dad loves me as much as I think he does, then he'll eventually learn how to be OK with that. Hell, he might even find a way to be happy for me. Either way, my dad's feelings on same-sex relationships shouldn't dictate who I date — and I'm sick of hearing comments that suggest otherwise.

A family member said this to me recently. It bugged me so much that I immediately responded with, "You don't know what I like." I'm sure I sounded super-defensive, but this is a dumb thing to say to a bisexual person.

Yes, I've only dated men so far. And, yes, I know that I don't have to defend my sexuality to anyone. (Including myself.) But I'm fed up with the idea that bisexuality can't be fluid, and I don't like it when people insinuate that I'm "less bi" than I think I am. My lack of dating experience with women doesn't disqualify me from identifying as bisexual. Even if I never end up falling in love with a woman, I will still get to call myself bisexual. My identity is not up for debate, no matter who I end up with.

More like this
5 Signs You Have A Toxic Relationship With Yourself
By Lexi Inks
The 3 Zodiac Signs Most Likely To Get Married Later In Life
By Kristine Fellizar
4 Zodiac Signs That Will Take Forever To Admit They Like You
By Kristine Fellizar
18 Hinge Prompt Answers To Try If You’re Looking For Something Casual
By Lexi Inks
Get Even More From Bustle — Sign Up For The Newsletter
From hair trends to relationship advice, our daily newsletter has everything you need to sound like a person who’s on TikTok, even if you aren’t.