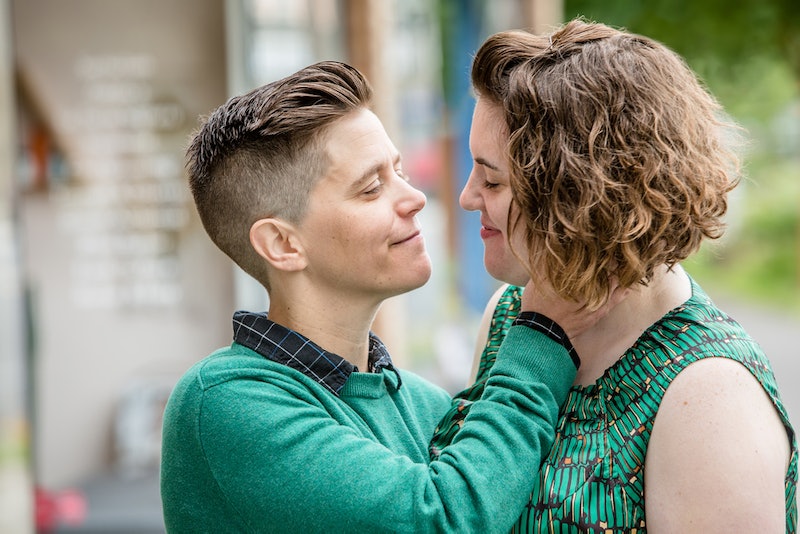 When it comes to relationships, being happy — and staying happy — is key. After all, every relationship has ups and downs, but most people strive for more of the former than the latter. To that point, eharmony just revealed its latest findings from their 2nd annual study on happiness in relationships, “2019 Happiness Index: Love and Relationships in America.” They found that 83 percent of Americans report being “happy” in their romantic relationships with a partner or spouse, up 64 percent from last year’s study.

Conversely, one in nine people in a relationship reported being extremely or fairly unhappy. The study was conducted among 2,327 participants aged 21+ — both heterosexual and LGBT — who were married, cohabiting, or in a long-term relationship, and it was commissioned by eharmony and conducted by Harris Interactive.

“What surprised us about the mental health data was how open Gen Z was about speaking about it,” Jeannie Assimos, chief of advice at eharmony, tells Bustle. “The stigma around this generation is that they are more superficial and care more about looks, but the data shows that they are the most progressive regarding their mental health and the most communicative with their partners, which in turn, leads to happier relationships.”

Below are more specific findings on the correlation between talking about mental health with your partner and happiness, according to the recent study.

More like this
Think Your Partner Is Cheating? These Tarot Cards May Confirm Your Suspicions
By Kristine Fellizar
Why A Libra & Libra Couple Might Become Codependent
By Kristine Fellizar
19 Latinx Therapists & Mental Health Experts To Follow On Instagram
By Kaitlyn Wylde, Naydeline Mejia and Lexi Inks
Are Quality Time & Gift-Receiving Love Languages Compatible?
By Lexi Inks
Get Even More From Bustle — Sign Up For The Newsletter