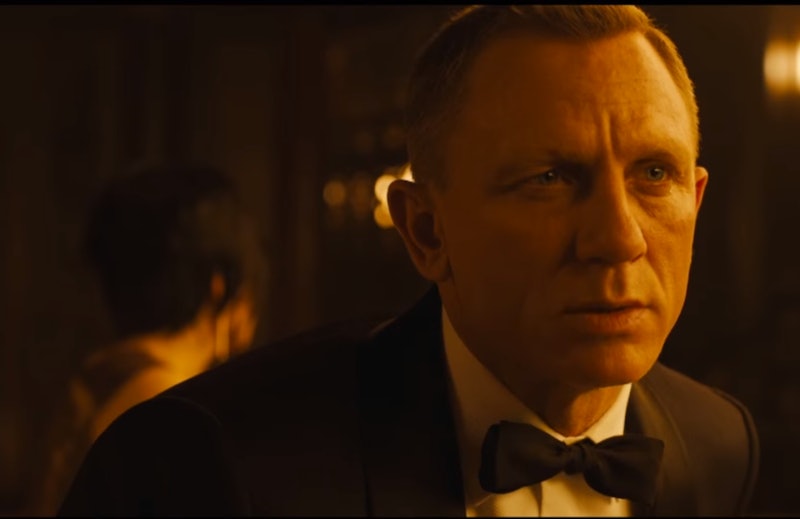 The next film in the James Bond series will be the landmark 25th entry in the franchise — if it happens. This rumored Bond film still lacks a title, and as of August 21, director Danny Boyle exited the James Bond franchise due to "creative differences," according to the BBC. A new director hasn't been named, but there are plenty of worthy candidates out there — many of whom could make the testosterone-heavy series more inclusive.

The good news is, there are at least seven women who should direct the next James Bond in the absence of Boyle, even if current Bond star Daniel Craig chooses not to reprise his role. In the multi-decade history of the James Bond movies, no women have ever been given the reins. No people of color have at all. Seriously. Think of your favorite James Bond film. Now your second favorite, and your third, if you have one. They were all directed by white men. It's well beyond time that changed.

Of the many women filmmakers in Hollywood — veterans and those just working to establish themselves alike — there are so many who are ideal for the role of bringing James Bond's landmark 25th adventure to the big screen. Whether they have big-budget experience and a history of successful blockbusters, or they specialize in portraits of small, intimate slices of life, these seven women filmmakers definitely have what it takes to pull off something as special as the 25th James Bond film.

Here are just a few women directors that should be considered for the role now that Boyle has stepped down:

An icon. A goddess. An Academy Award-nominated powerful human and singular talent. There's literally no person more qualified. Give Ava DuVernay James Bond! Especially if she gets to direct the foxy Idris Elba in the role. Two huge firsts for a franchise milestone? Yes please.

Ellison is more of a producer and financier than a hands-on director. She founded the company Annapurna Films, which has churned out a steady string of hits from a diverse range of genres. With her eye for selection and creating an amazing roster of talent, she could absolutely be involved with a unique take on James Bond.

In terms of qualifications, Bigelow could give DuVernay a run for her money. The only woman to ever pick up an Academy Award for Best Director, Bigelow cut her teeth on big-budget action flicks like Point Break before moving into sociopolitical fare on an even wider scale. Bigelow has long been a force to be reckoned with in the industry; she could do amazing things with Bond.

Cathy Yan lacks name recognition at the moment, but won't for much longer. The undeniable talent will be directing Harley Quinn-centric spinoff Birds of Prey for D.C. Comics and Warner Bros. Pictures, so she'd already have experience with important and heavily-hyped franchise installments by the time she picked up Bond.

Similar to Yan, Anna Boden may not be a household name yet, but she's well on her way. She's co-directing the Captain Marvel film that will premiere in 2019, so why shouldn't she strike out on her own for a Bond film? Young, experienced, and with Academy Award-nominated indies like Half Nelson behind her, Boden is a totally legitimate choice for the part.

Okay, admittedly, this is more of a left-field choice. Scafaria has spent more time in television than film, and is perhaps better known for her comedy work than anything else. That said, her film credits include work that balances general moments of charm with breakneck plots and surprisingly action-packed sequences, so it would be extremely cool to see her take on James Bond.

Dee Rees is a breathtaking, unstoppable, innovative filmmaker and should be given the opportunity to direct everything she wants forever. James Bond would be a good place to start.

Whether the James Bond franchise keeps Craig as its anchor, snags Idris Elba for the lead, the series deserves its first female director. Any one of the women listed above — and so many more! — would have a singular vision for the franchise that could set Bond 25 apart from anything that had come before it. Again, it's not clear how far along in production the next Bond film is (or might be), but without Boyle on board, there's still plenty of time to hire the right woman for the job.

More like this
Claire Foy & Rooney Mara Revisit A Devastating Tale In 'Women Talking'
By Bustle UK
Blake Lively's Reaction To Ryan Reynolds' Dance Video Was Pure Thirst
By Stephanie Topacio Long
You’ll Be Able To Stream Bullet Train Before The Holidays
By Arya Roshanian and Radhika Menon
How To Stream Knives Out 2: When Will Glass Onion Be On Netflix?
By Radhika Menon
Get Even More From Bustle — Sign Up For The Newsletter