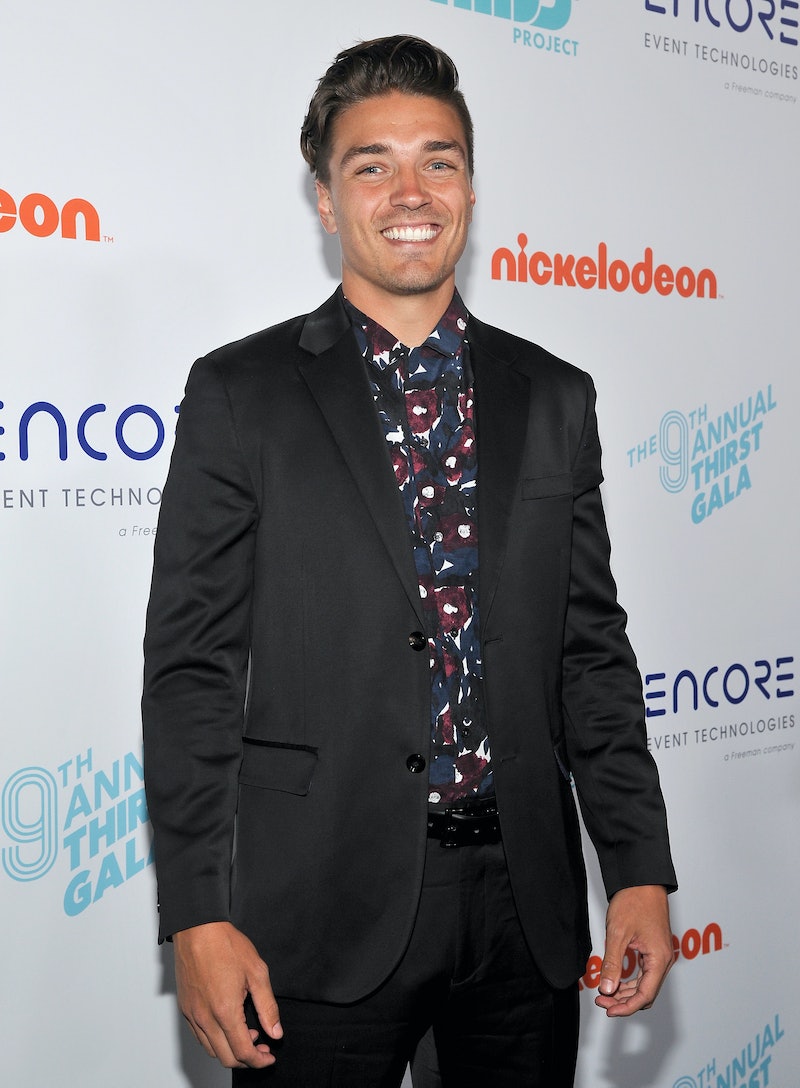 Blake has really given Bachelor Nation something to talk about. With practically every member of the hit ABC franchise weighing in with their opinions, now, Bachelor in Paradise's Dean has sided with Caelynn amid the Blake drama. "I've got a big issue with the text messages," Dean vented on The Ben and Ashley I Almost Famous podcast's Aug. 7 episode, referring to Blake posting his and Caelynn's private texts on Instagram one day before the interview. And he had lots to say on the matter — possibly because of the rumors that Dean and Caelynn are now dating post-BiP.

"What really crossed the line for me was [Blake] took private text messages between him and another girl, who did not consent to him releasing these text messages, and blasted them publicly for his 600,000 followers," Dean explained, noting that news outlets picked up the story, thus publicizing the exchange "to millions more."

In Blake's Instagram post about Caelynn, he wrote that sharing their messages was "the only real way to prove that what is being said ... is far from the truth." The accusations he referenced, of course, surfaced on the two-night BiP premiere, during which Caelynn accused Blake of ghosting and trying to silence her, as well as calling their time together a mistake.

"This is the last thing I wanted to do, but my name and character are being attacked. My name is all I really have," Blake wrote. "Unfortunately this is the only way to have a voice, since I very much feel backed into a corner."

Dean, however, wholeheartedly disagreed with his statement. Saying that he initially respected Blake's attempt to apologize and take ownership of allegedly hooking up with Caelynn and Kristina on consecutive nights in April, he noted that his approach was all wrong.

"There's a million ways Blake could've shared his side of the story, and the worst way of those million is sharing those text messages, in my opinion," he said on the Almost Famous podcast.

As Dean also explained: “Publishing and publicizing private text messages without the consent of the other person, as a public figure, is one of the most disgraceful things I think you could possibly do. I think it's almost equivalent to sharing someone's nudes."

In fact, Dean, who competed on Rachel's Bachelorette season, felt so strongly about that point, he even warned Blake not to go through with sharing the messages on social media. After catching wind that Blake planned to post his and Caelynn's messages, "I reached out to him," Dean revealed. "I said, "Hey I hear you're thinking about doing this. I really urge you to reconsider for your own sake. Like, it just is not a good look. We understand like you're peeved by the whole situation, it didn't necessarily go the way you wanted it to go, you're catching a lot of heat from it, but this just is not the right move."

After Blake allegedly responded, 'No, I need to get it out there ... I don't know what else to do,' Dean added that it "just didn't sit well" him. According to Dean, Blake was "picking the specific things that he wants to share to prove his truths and painting the story that he wants to paint — and that's really messed up, in my opinion."

Although Dean did say that Caelynn also "made a lot of mistakes" and that she and Blake "both look really bad," he admitted that, because he will be on BiP later this season, he's in a tricky spot. "I was able to speak with both Caelynn and Blake during my time on the beach, so I have a better understanding of the situation through my own lens of course," he said on the podcast. "I think there's a lot more to the story that we weren't able to see."

Whether or not his firm stance is related to the possibility that he and Caelynn are now a couple remains to be seen, of course. While Caelynn didn't confirm or deny the speculation, she did play coy during an earlier episode of the Almost Famous podcast. "Paradise was great, it was horrible and great at the same time," she said during her interview, per E! News. "Whether or not I'm in a relationship, you will just have to wait and stay tuned."

Indeed, there's sure to be plenty more love connections — and drama — to come on BiP this season.