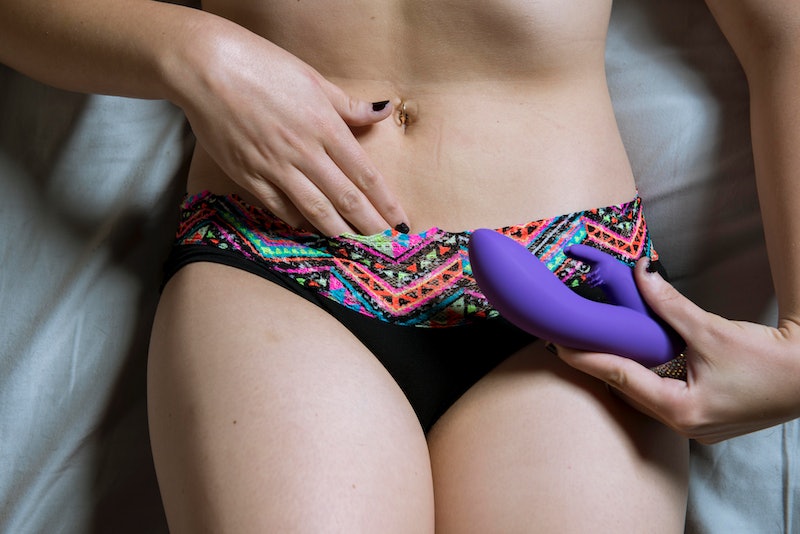 Vibration On Any Part Of The Skin Numbs It Temporarily

It Doesn't Permanently Change Your Body

"You will not alter your pleasure nerves with vibration," Alicia Sinclair, sex educator and CEO of b-Vibe and Le Wand, tells Bustle. Thomas agrees: "The most important thing to realize about vibrators is that they do not cause any permanent damage."

In other words, when people do become dependent on vibration, it's more psychological than physiological — and it's not permanent.

Some Find That Vibrators Make It Harder To Orgasm

But That's Not Necessarily A Bad Thing

If you venture outside your vibrator for an orgasm, make sure you're doing it for you, not your partner. "More often than not, the real issue is that the partner feels left out," Sinclair says. "Their ego demands that they must give their partner an orgasm in order to be a good lover. But truly, orgasm is the responsibility of the person experiencing it and not the responsibility of their mate. That said, partners can be invited to assist. Additionally, they can be reassured that there are other vital things they can do, like holding their partner, gazing into their eyes, talking to them, playing with their nipples, and letting their partners know that they are exciting and loved."