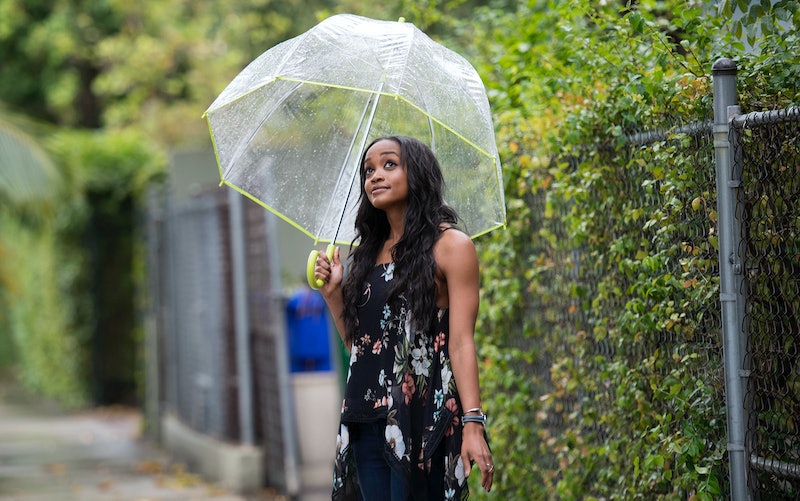 Every season of The Bachelor and The Bachelorette follows a very particular pattern, and now that Hometowns are done, that can only mean one thing: It’s time for the Fantasy Suites, when contestants get the opportunity to spend the night with their potential partner without the cameras rolling. So did Rachel had sex in The Bachelorette Fantasy Suites? Frankly, it’s none of our business and Rachel should be free to make whatever decisions she wants in that regard. But, knowing how people can get curious, Rachel has spoken up on this topic before.

Based on Rachel’s previous experience on The Bachelor, it’s clear that she isn’t completely afraid to explore what might happen the Fantasy Suites; she went in with Nick, although, like I said, what happened after the cameras shut off is none of our business. But, as she told Entertainment Tonight during her first photoshoot for the show back in March, she wasn’t sure whether she’d want to get physically intimate with anyone on her own season. "Right as I stand here today, no," she said at the time. "But when you get in that moment, you just don't know. So we'll have to wait, watch and see, but no, I don't see that happening for me."

While the Fantasy Suites are more or less synonymous with sex at this stage in the game for Bachelor and Bachelorette fans, it’s also entirely possible that Rachel and whoever she chose to invite with her didn’t go all the way, so to speak, but instead took the opportunity to get to know one another without being filmed. So much of the relationships on this show are formed under the watchful eye of the camera, and it must be mentally exhausting to know that everything you say on a date might get taken out of context and replayed over and over again on national television.

"Fantasy suites were huge for me. I walked in with a list of questions I had. You can't cover everything with the limited amount of time you have," she followed up with Entertainment Tonight recently, saying that she wasn’t intimate with everyone in the the Fantasy Suite. "It's the first time you have extended time with this person. For me, it's like, if I'm taking the next step, I have a list of questions."

So far it’s abundantly clear that she has some really intense physical chemistry with Bryan, so I wouldn’t be surprised at all if she ended up getting intimate with him. But regardless of how Rachel chose to spend her time with Bryan, Peter, and Eric, the important thing to remember is that it’s her choice, and sleeping with someone — or multiple someones — or no one at all — isn’t anything to judge her for.

The Bachelor and The Bachelorette have had a very spotty track record when it comes to the way sexuality is depicted on TV — in the past it's often been shown as completely taboo to talk about, or referred to in a way that demeaned the choices women make on this show. But things have slowly been getting more sex positive. Last season, Raven made some pretty great strides forward by being open and honest about how awkward the Fantasy Suite situation was for her, and hopefully we’ll see the same kind of thing on this season of The Bachelorette. But, knowing Rachel and how great she is at going after what she wants and being straight-forward about it, fans likely don't have anything to worry about.